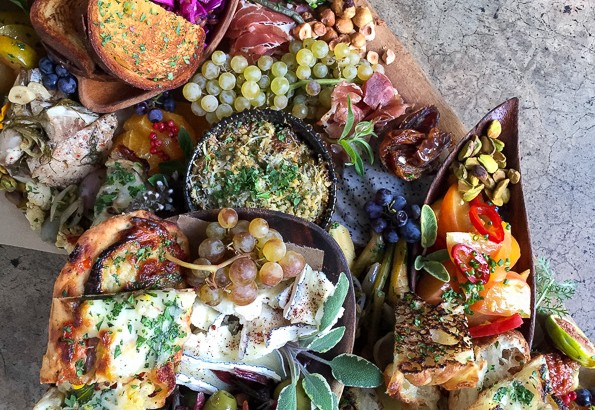 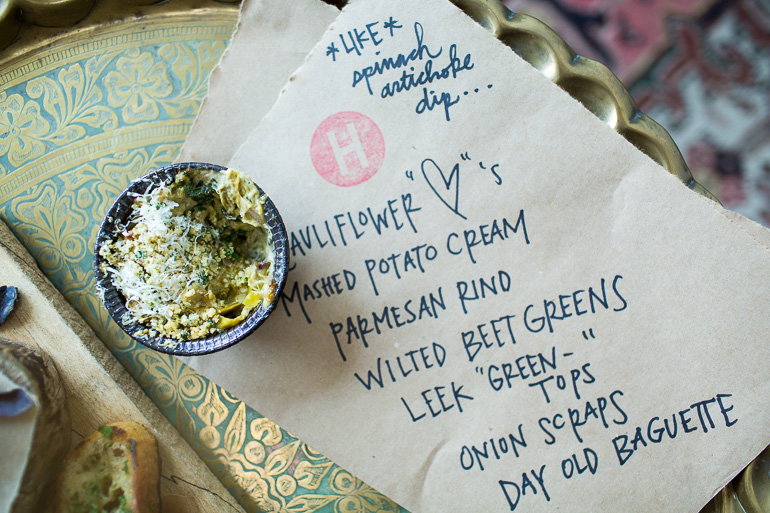 Our chef, Matt does not like to waste food. Not a lick of it, and that’s one of the many reasons why he has my heart. Our resources are not infinite, especially the water used in California just to support our food industry, so we need to change old habits. It takes a lot of water to grow a leek, and an onion most especially! Remember when Farmer Mark talked to us about that here? 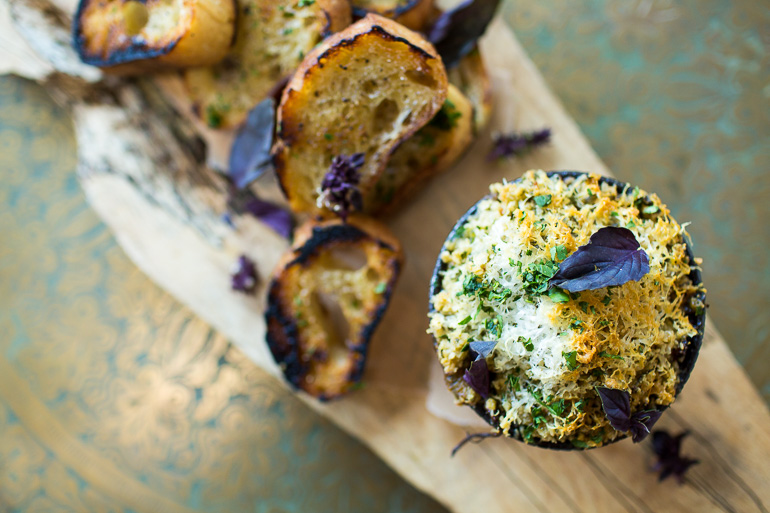 The secret behind our rich mashed potatoes is simply that we cook the potatoes in cream. But what to do with the extra? In a dutch oven, Matt sweated some leek tops and onion scraps that were about to be tossed in a bunch of butter (we are making a dip here) until they were translucent and then added  the starch infused cream to the mix with some parmesan rinds (these can be frozen and used to flavor soups so don’t ever trash them!). 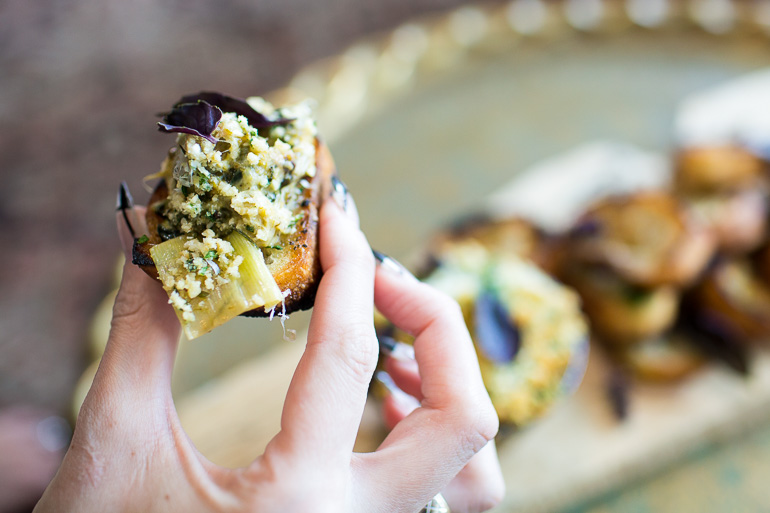 After the tree shaped florets are cut from the head of a cauliflower, a big trunk is left behind and typically thrown out … but not if you cut it up in even chunks, toss in olive oil, salt and pepper and then roast! Once  caramelized, don’t eat these abstract cubes, put them in the hot cream mixture along with all those greens from your beets which are loaded with vitamins. Okay, everything is in one port on a slow boil so once it is all very soft, let the mixture cool and then run it through a china cap (basically treat it as you would mashed potatoes). Hey, it’s good as is, but because Matt can’t stop there, he places the mixture in mini casseroles (lasagna cupcake cups), tops with a little shredded Parmesan Cheese and roasts it further for a crispy top of deliciousness. 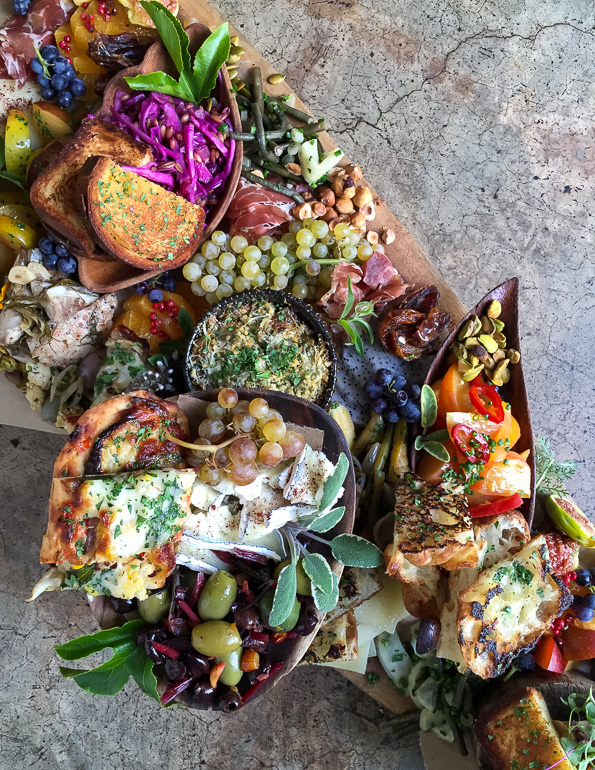 You see it up there on one of our gorgeous Crostini Stations looking all cool and street at the same time? Cooking and conservation are easy with a little imagination.