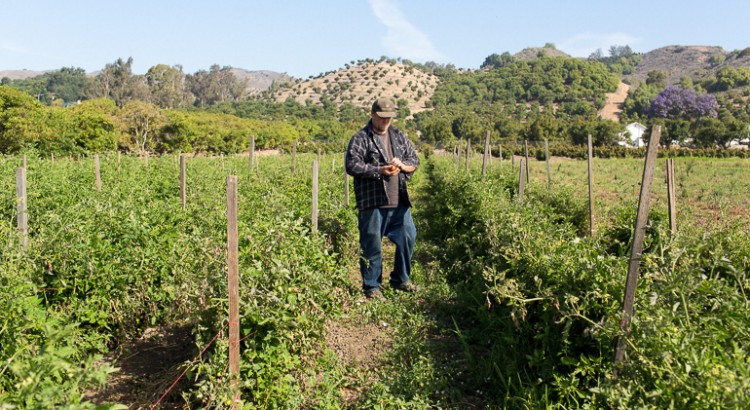 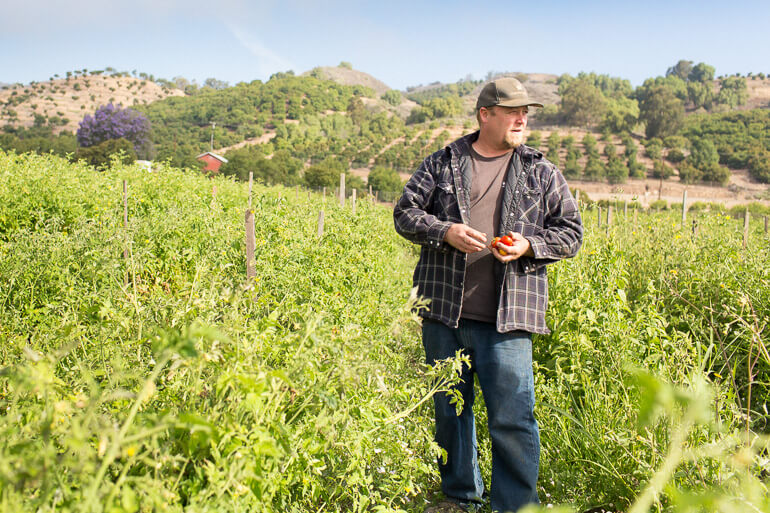 By far, our favorite summer tomatoes from Santa Monica Farmer’s Market are found at Mark Carpenter’s Coastal Farms booth. A kind and soft spoken 4th generation farmer, Mark utilizes the traditional farming practices that his father taught him to create his own, unique crops from hybrid seeds he collects and encounters. When he speaks about his work, his tone is always humble, “We’re not trying to make any political statements, we just want to grow good tasting tomatoes.” 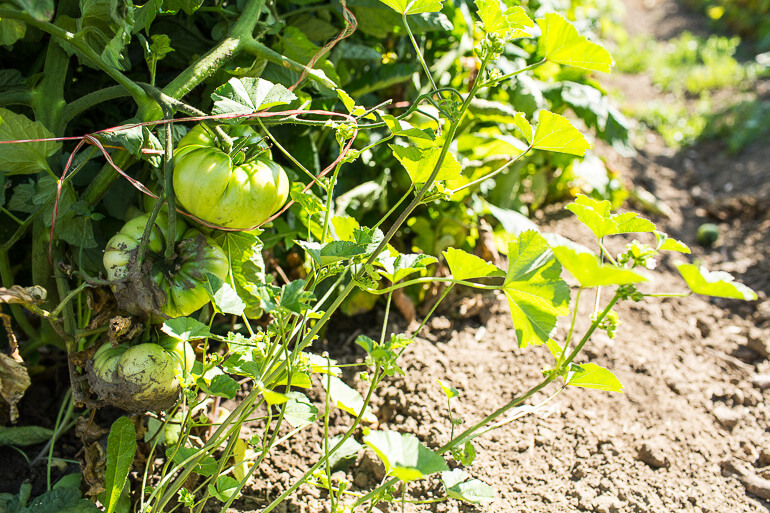 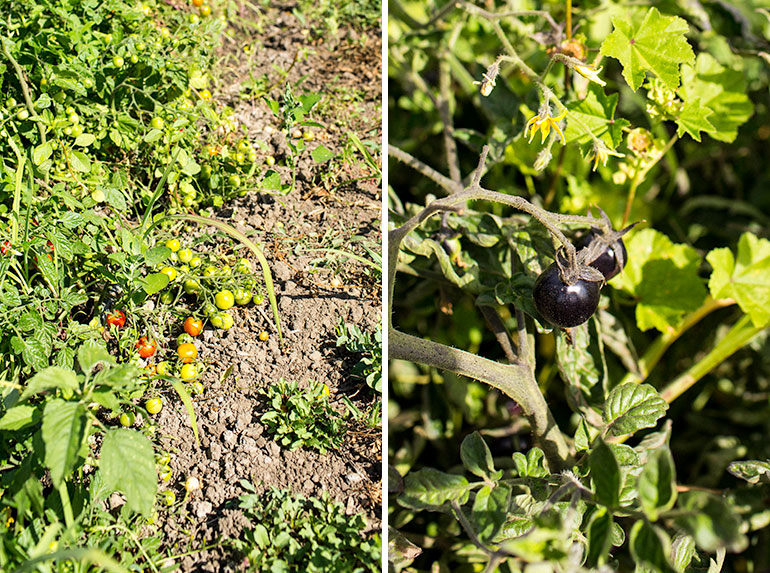 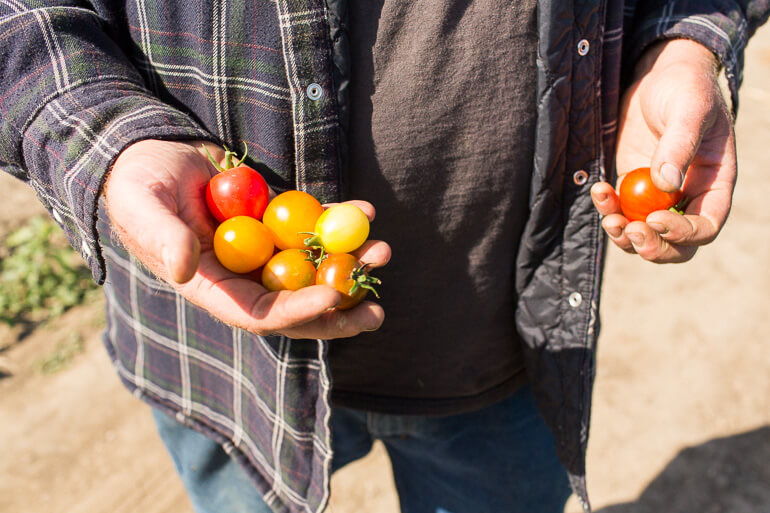 Growing good tasting tomatoes requires a lot of experimenting since there are many uncontrollable variables like drought and soil structure, not to mention mutations in seeds like the unexpected (and in this case, joyful) pink tomatoes that grew on the same plant as red heirlooms. Mark propagated those seeds and is the only farmer in Los Angeles selling them. 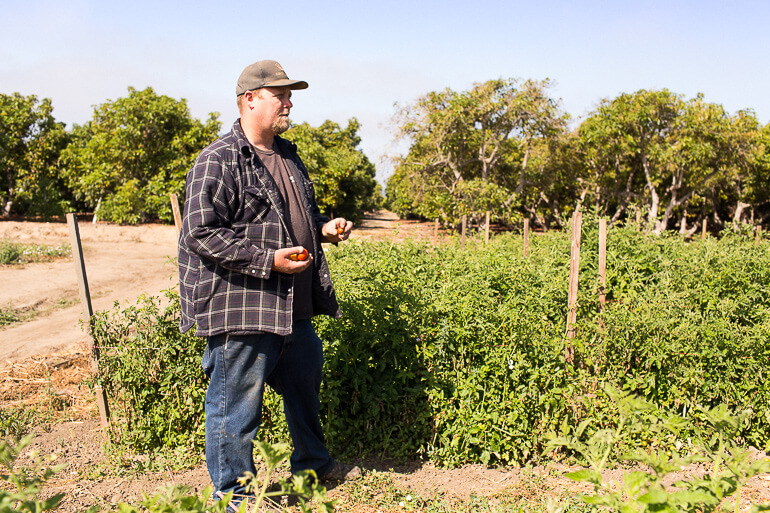 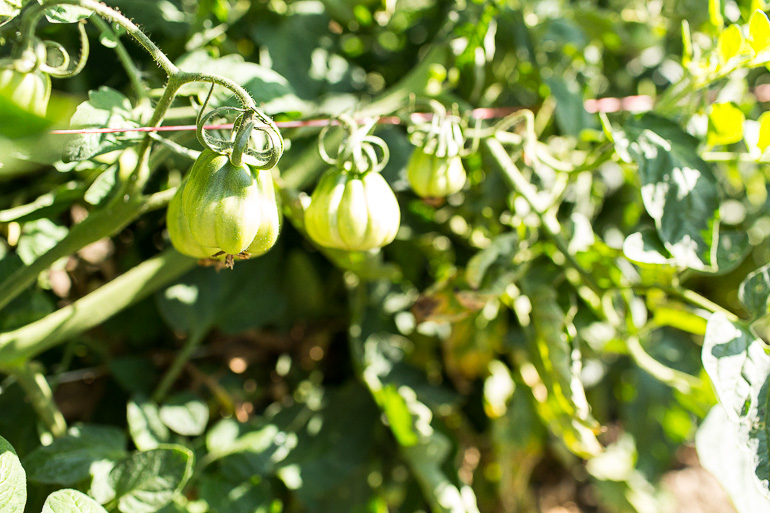 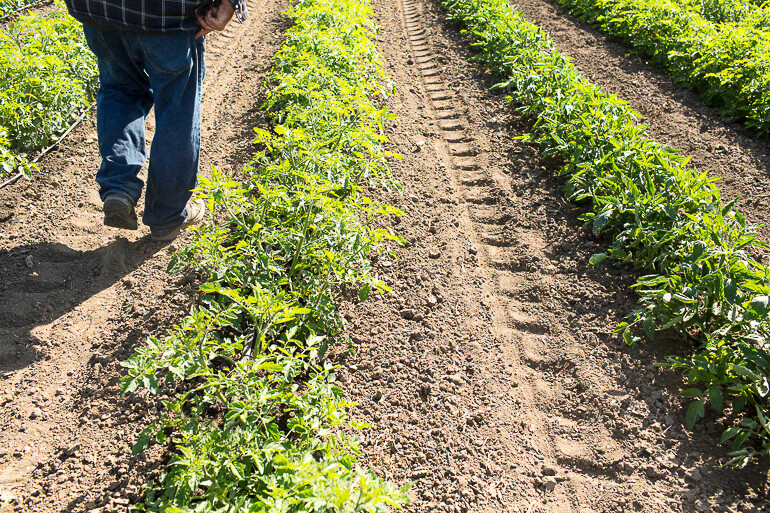 For the past 12 years Mark has been leasing 20 acres of land from Thill Ranch in Santa Paula, and says that due to it’s gentle coastal climate, it is the best land his family has ever worked. The calloused urbanite in me became anxious upon hearing that there is no written agreement between he and the landlord, just a handshake. Essentially he could lose this rich farmland at anytime. Mark chalks it up as one of the many challenges of farming, especially in California where land in Ventura County averages about $100,000 an acre. 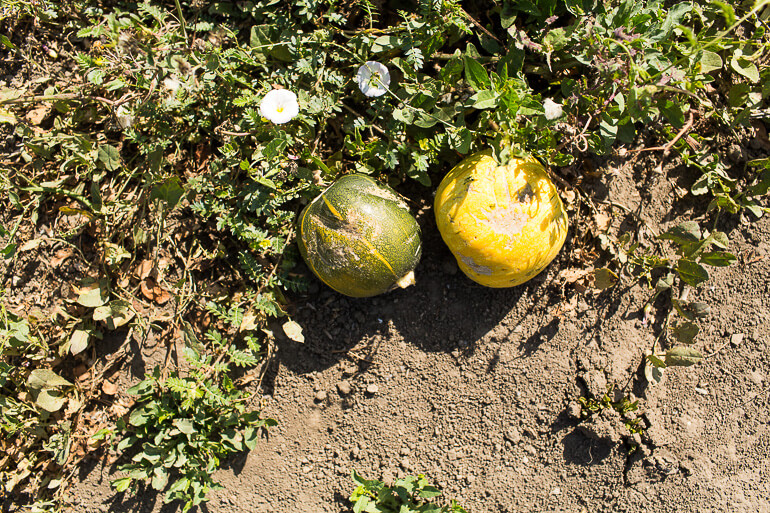 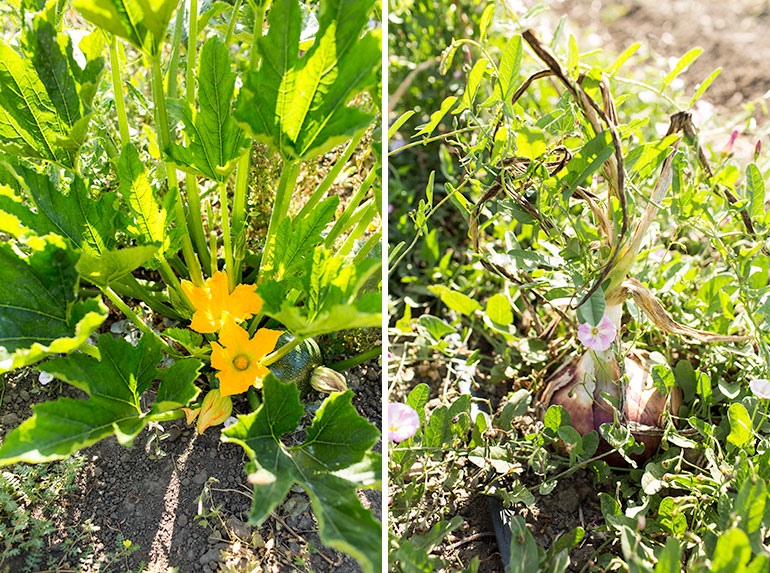 Other crops that Mark grows are black eyed peas, squashes, and a variety of heirloom onions. See that pretty, unassuming pink flower growing up the onion there? These are actually a menacing, deep-rooted weed that literally strangles whatever it wraps itself around. Like most of our favorite farms, Coastal Farms is not certified organic but they follow organic practices to preserve the sustainability of their soil and the developed flavor of their crops so they work to remove these weeds by hand rather than spray them. 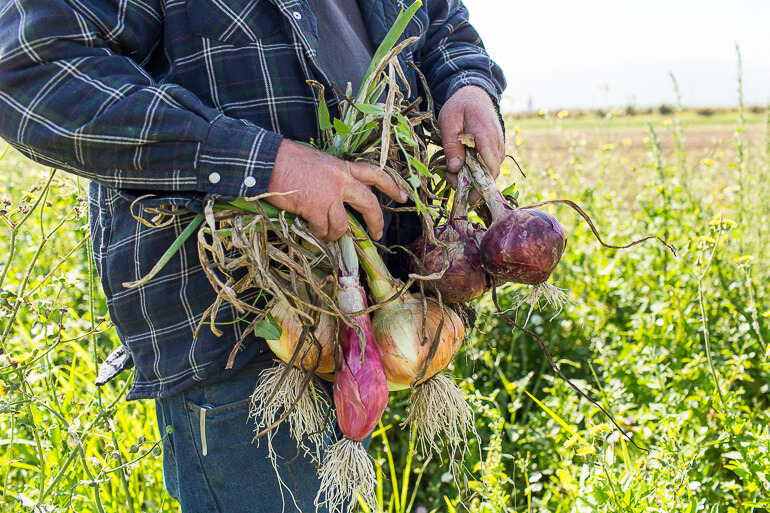 Unlike tomatoes, these beautiful onions require a lot of water in order to pump them up in size at the end of their growing period. Mark says that this is his best crop of onions yet, and he attributes some of it to less rain which forces their roots to keep growing to find their own source of water. Coastal Farms uses a drip water system, but turns it on infrequently which helps with weed control and puts the crops in a state of starvation which stresses them out to burst out all of their flavor. At this time, Mark does not seem concerned about the drought that currently represses California. Again, it’s just one of many obstacles a farmer manages. 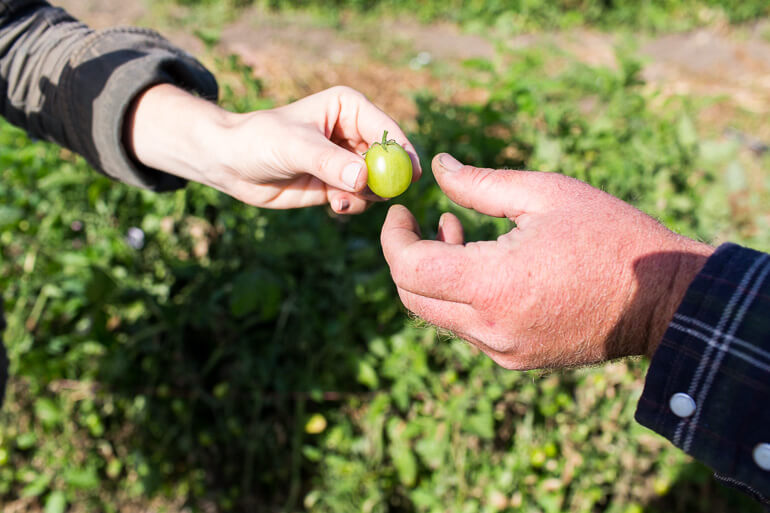 After a couple of hours of guiding us around, of course Mark needed to get back to his work day, but he invited us to pick as much of anything that we wanted before we took off. He offered us crates and bags with such a generous spirit as if to imply that these crops are to be shared. We picked some snacks for our long ride back to Eagle Rock, and with another farm visit behind us, committed to paying the asking prices of the goods these hard working farmers charge. They are the life line of renewable growth. Without their willful desire to cultivate soil and weather the many unpredictable hurdles of producing our food, we would be in an insidious state of chemical peril.

So when you should happen to meet a small farmer who is committed to sustainable practices, don’t ask why the prices are much higher than what you are accustomed to, just say, “Thank you.”