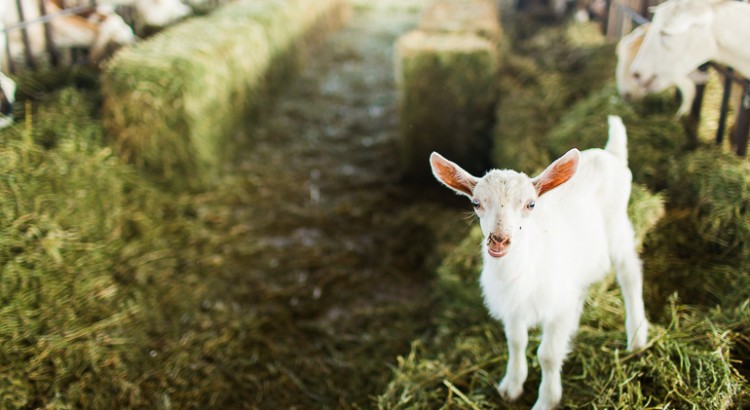 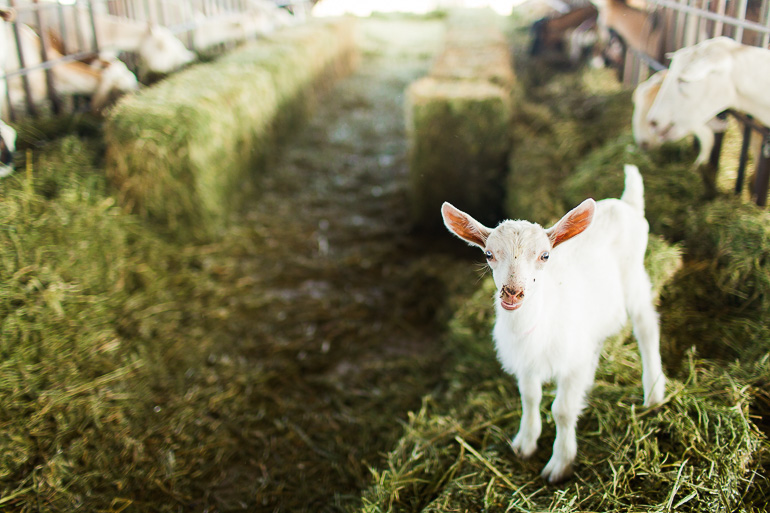 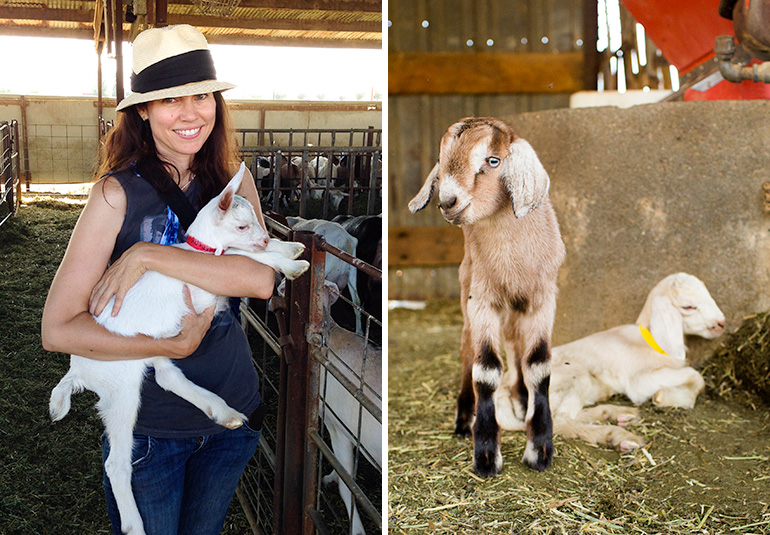 Ok, have you ever held a baby goat? No? Me neither so imagine my joy when this little baby goat let me hold her for at least a half hour as I strolled around Drake Family Farms. It honestly felt like cradling a large helping of cotton candy, so soft and sweet was this little darling. As I began to wonder if she would do well in my yard at home with my pitbull, chihuahuas, and cats, I knew I needed to put her down lest she end up in my car on my way out. 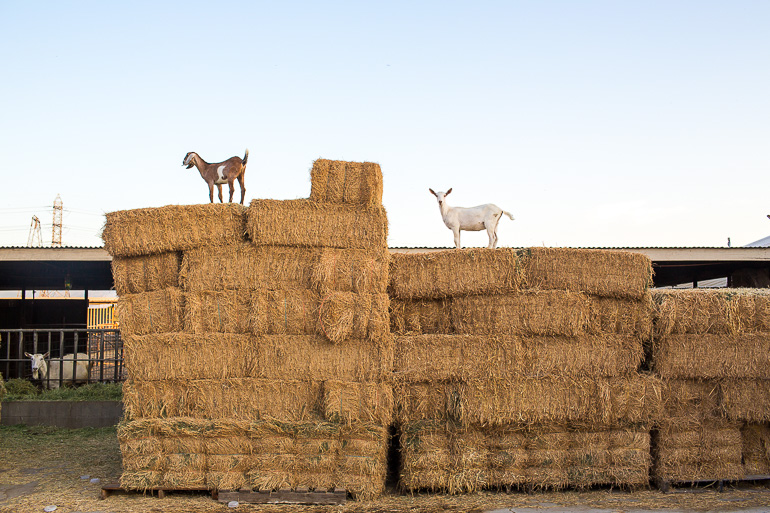 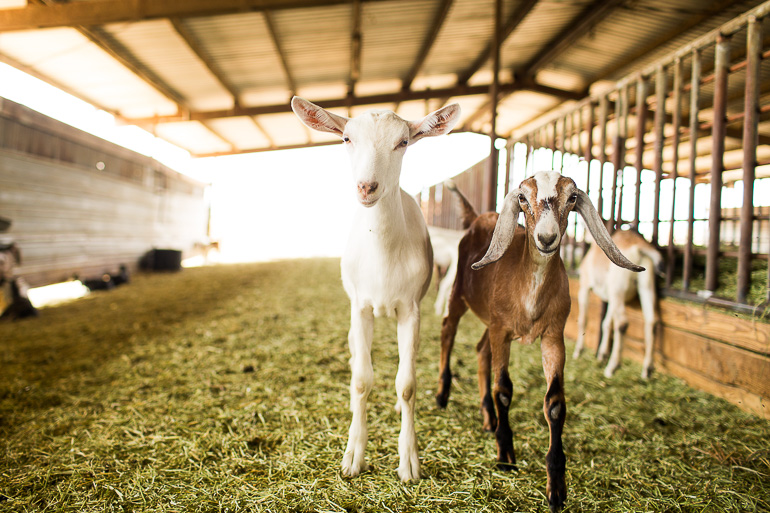 Farmer Dan Drake uses is a very high quality (read: expensive), nutrient dense and protein rich feed made of alfalfa, barley, and bermuda. The goats love the flavor and it’s easier for them to digest which results in a higher milk yield. 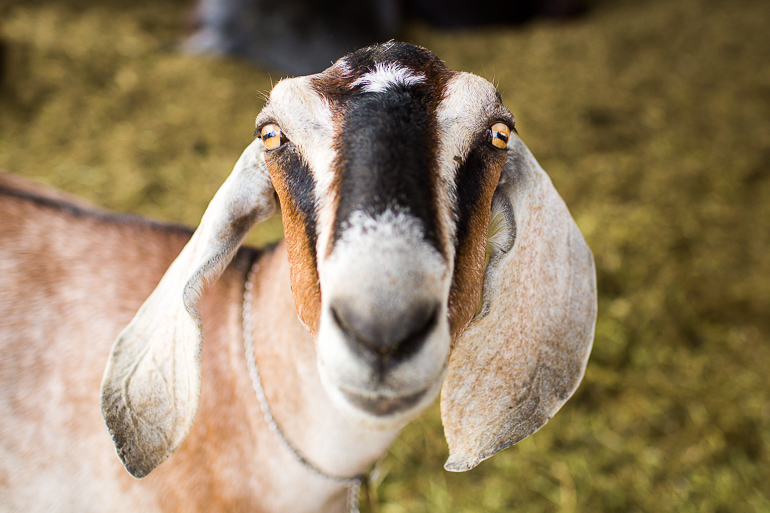 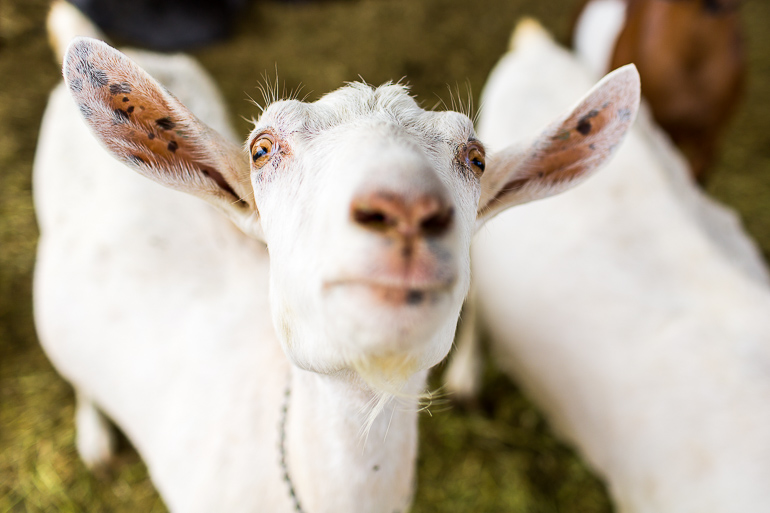 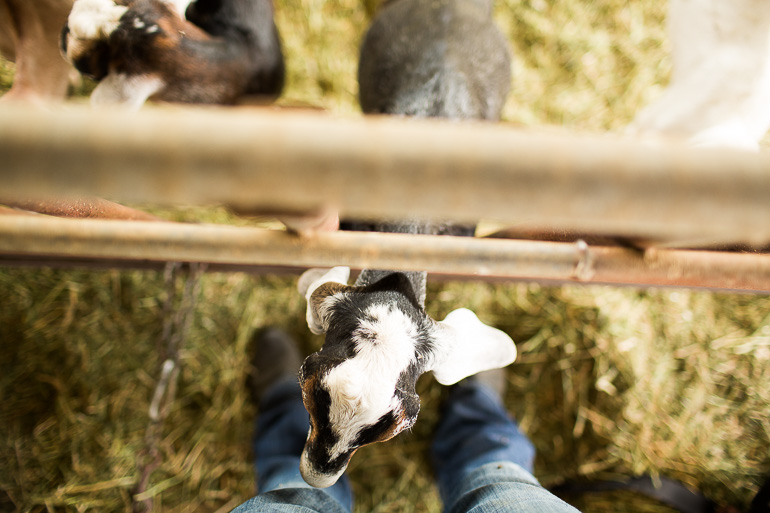 Dan raises Nubian and Saanen goats who are all so friendly and curious as they roam around their designated areas with feral cats that Dan has rescued. As a vet he neutered them and then just brought them in to live on the property. Don’t you wish he was a vet in your area? He cares so much.

When talking of the upside down profits, the lack of any in rearing these goats as he does, he confessed things like, “I don’t want to let the goats down.” Seriously, the guy is all heart. If you should ever meet him, do tell him that he is one in a million because, trust us, he is. 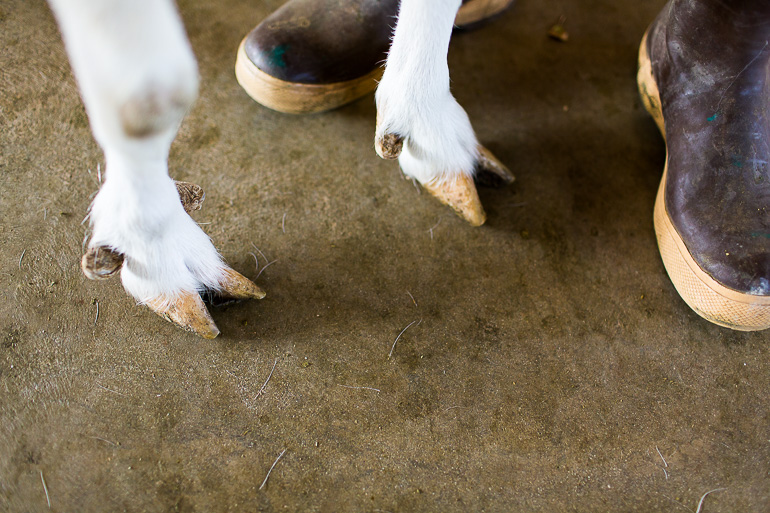 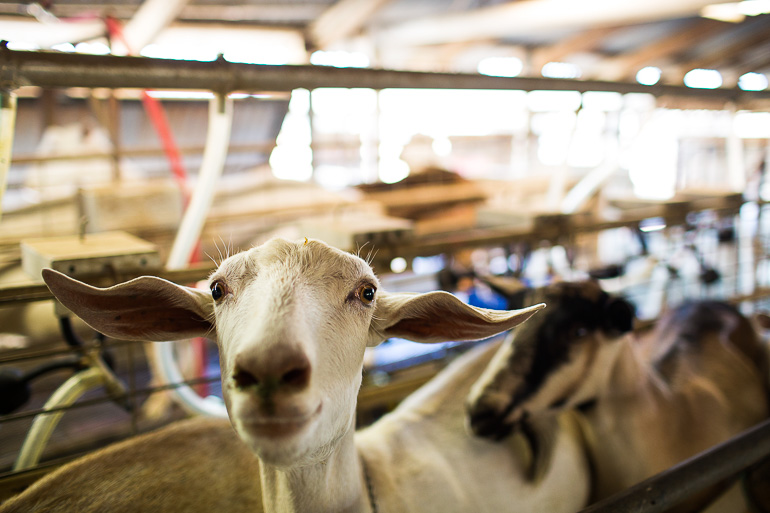 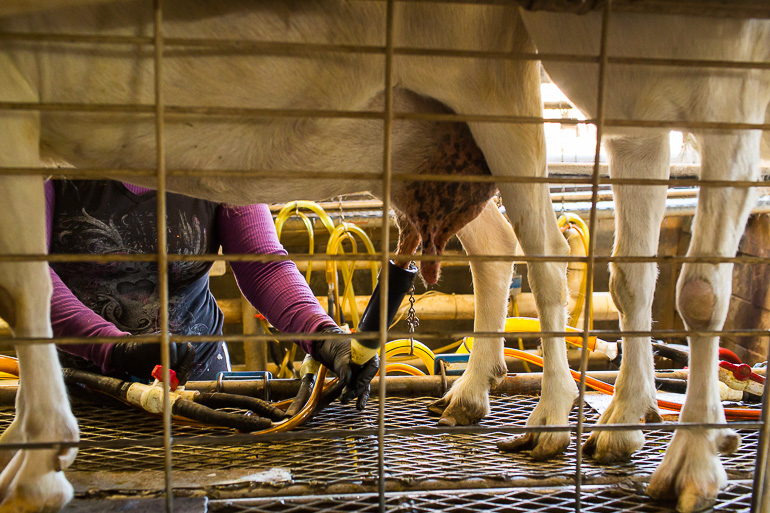 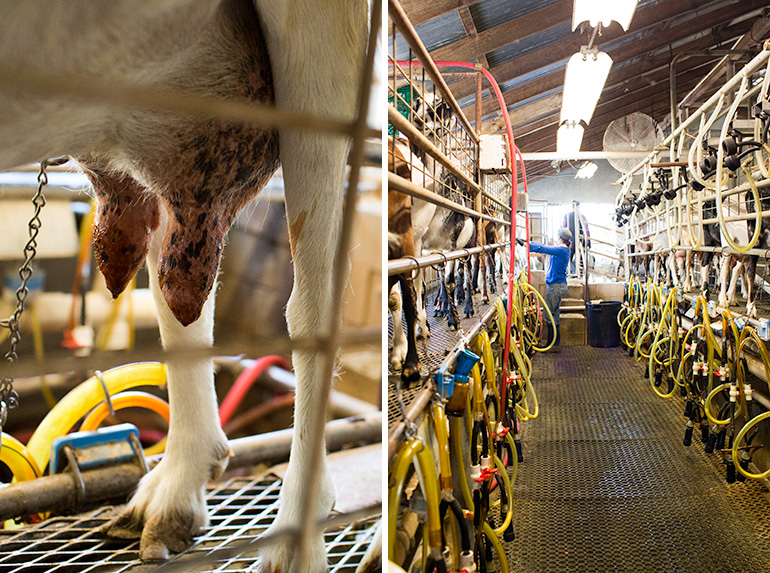 The milking of the goats happens every day at the same time twice a day, and these girls expect it. They file in as if they were headed to a yoga class. I’m not kidding. The thing they were scared of and uncomfortable with was me pointing a camera in their face.

Again here, Dan goes the extra mile and applies a “teat dip” before and after milking. It contains a betadine and emollients which help to disinfect and moisturize their “teats”. This additional step, not typically performed on larger ranches due to it’s expense, is a contributing factor to the mellow flavor of this farmstead cheese produced on the farm. 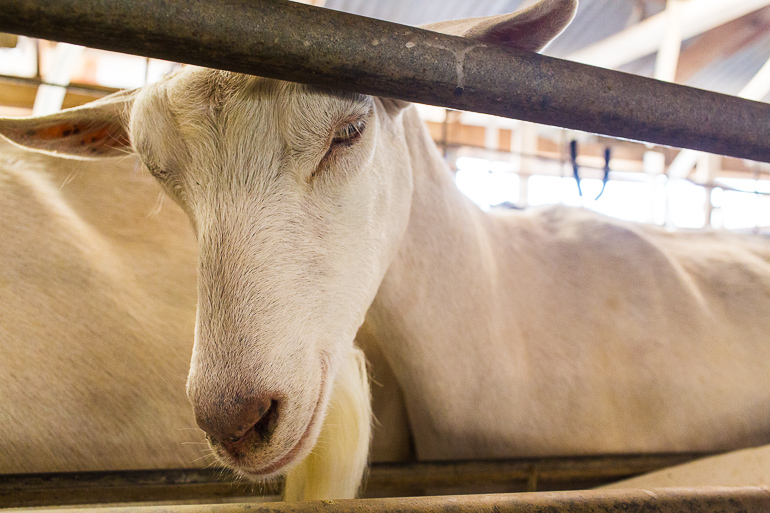 The milk pumps gently massages the milk from the goat. Honestly I feel bad for humans who pump their milk, not goats. These girls have it easy! As the milking process takes place, the goats enter a state of “rest and digest” which is the opposite of “fight or flight”.  Once the goats realized that me and my camera were not a threat, they relaxed and went into nearly a sleep like state.

Once the milking is done and the moisturizing “teat dip” is applied, the goats load out, and when they return, it is in the exact same order. Isn’t that fascinating? 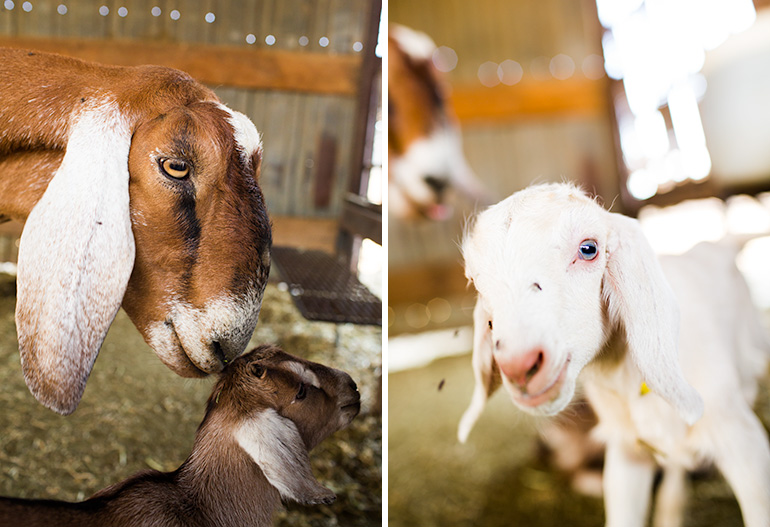 This babies were one day old, and had such a touching and warm relationship with their mother. Dan said that, like humans, not all goats are good mothers so he will bottle feed when that’s the case. This mama needed to feel me out before she would let me close to her babes for photos on this hot day (hence the flies). 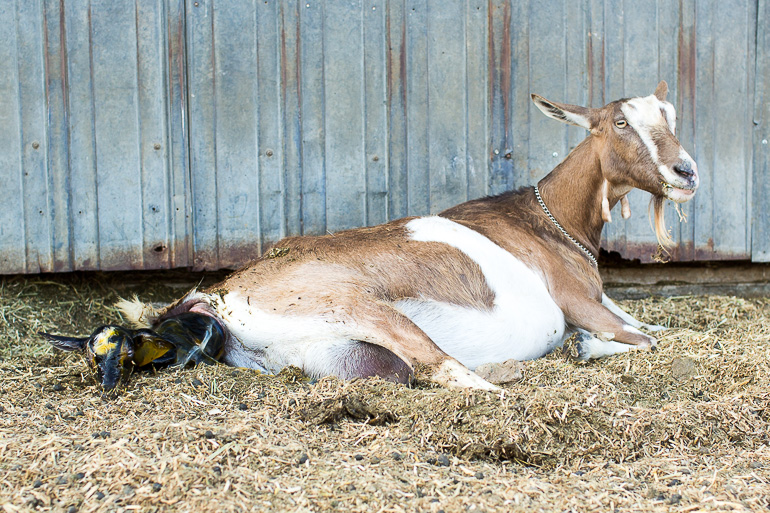 Ok, what? Just as we were about to depart after cooing over the one day old babies, we hear a couple of thumps from the other side of the barn so Dan went to check what was going on, and well, this mama was giving birth! You can see a video of it here. It was fast and quite beautiful. 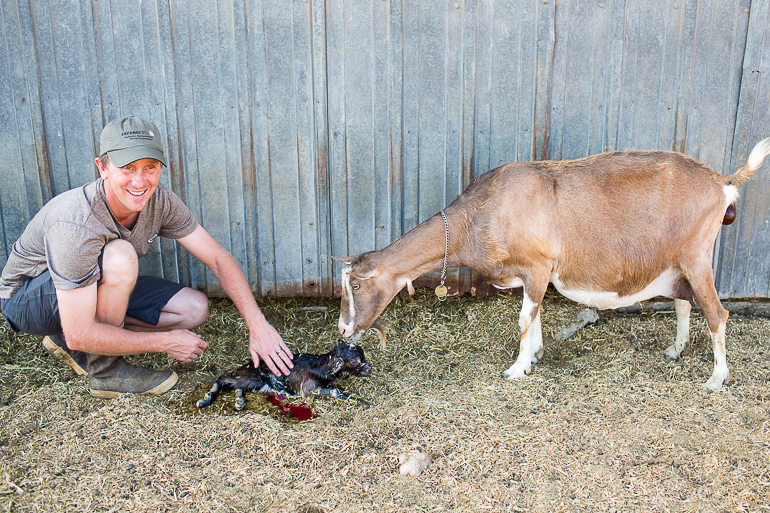 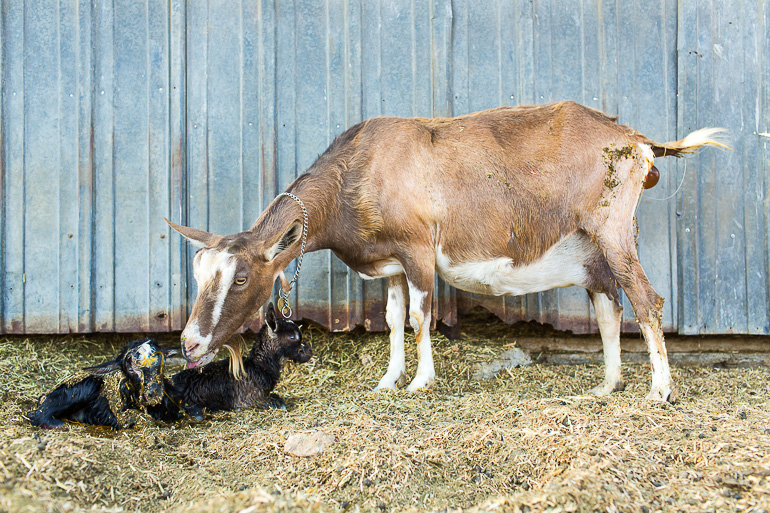 This was a good, protective mama for sure. I backed way off because she was clearly not ok with me being there with a camera. She was fine with Dan though. They all trust him. Once deliveries were complete and her babes were cleaned, she was ok with me coming in a little closer. 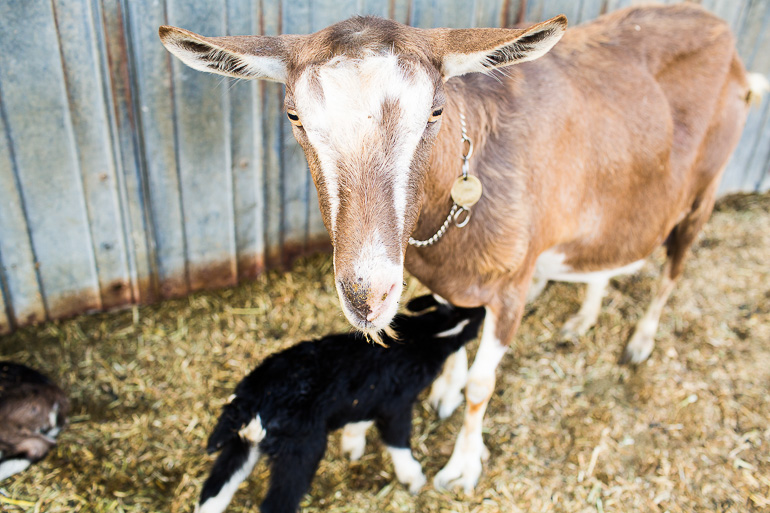 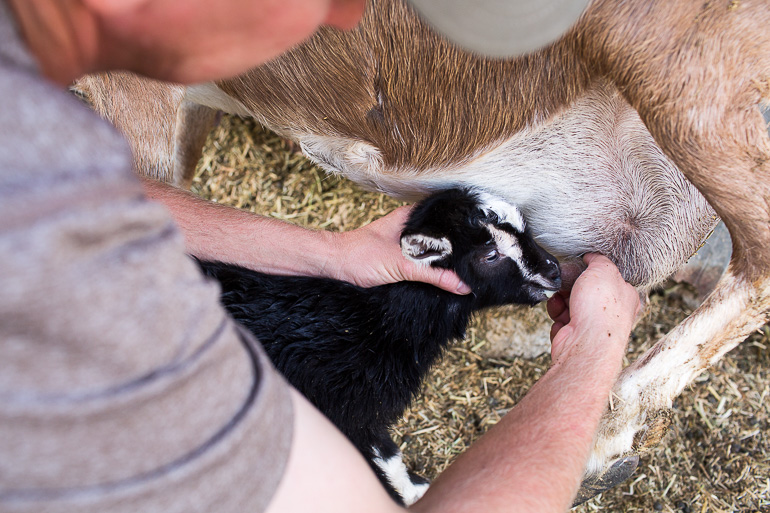 Dan stressed the importance of quickly teaching the babies to suckle. He worked to assist these twins and was successful at least and felt confident to say, “Well I should go home to my wife now but you both are welcome to stay here as long as you want!”

As the sun set and the beginning of new life was witnessed, Sarah and I had to drag ourselves away. Was it the sweetness of these soft, furry and kind creatures or was it the passionate commitment that we saw Dan had for his work that has left such a sharp imprint on our hearts fronm this visit? I’m not sure. I do know that I will pay whatever Dan asks for his cheese and never question it.

Please, don’t you either. 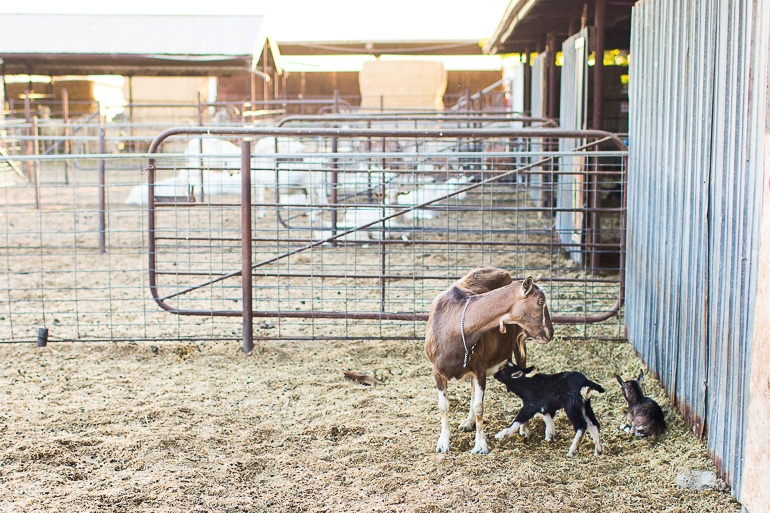