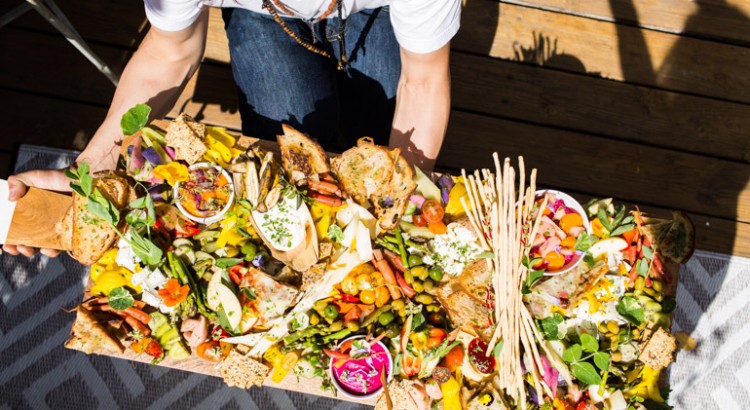 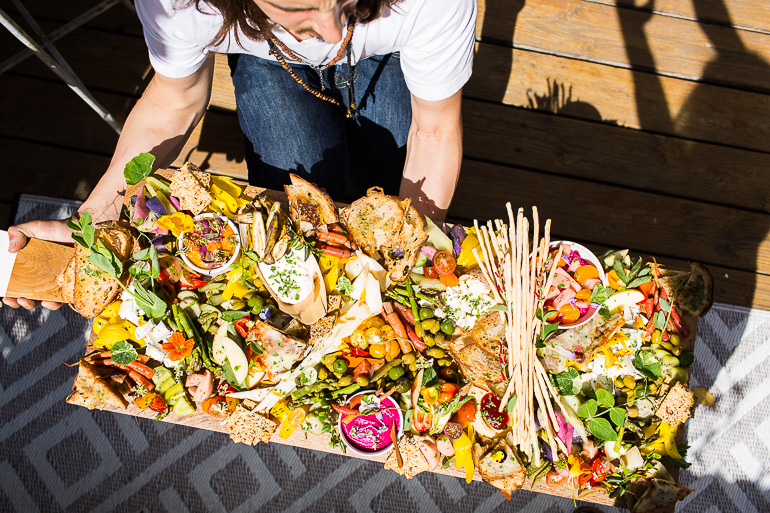 Crostini Stations sort of became our new Lasagna Cupcake this year. Everyone wanted to feature them and Instagram exploded with people making their own version and tagging us. Design Love Fest asked to do a shoot during summer (featured here with our recipe for Lima Bean Hummus), which truly is the most colorful season at the market so we kept everything vegetarian as you can see below: 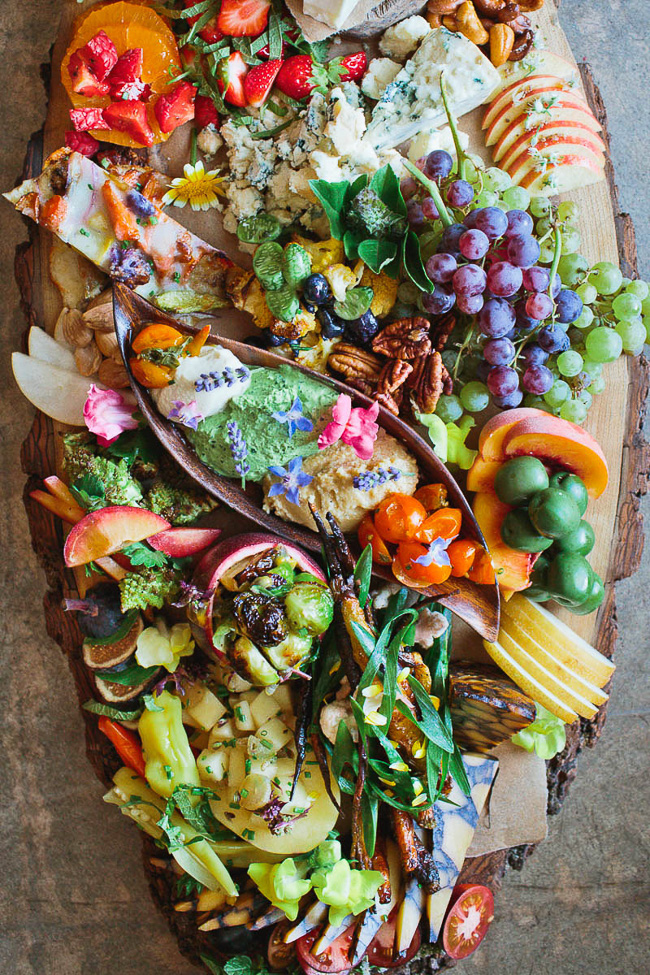 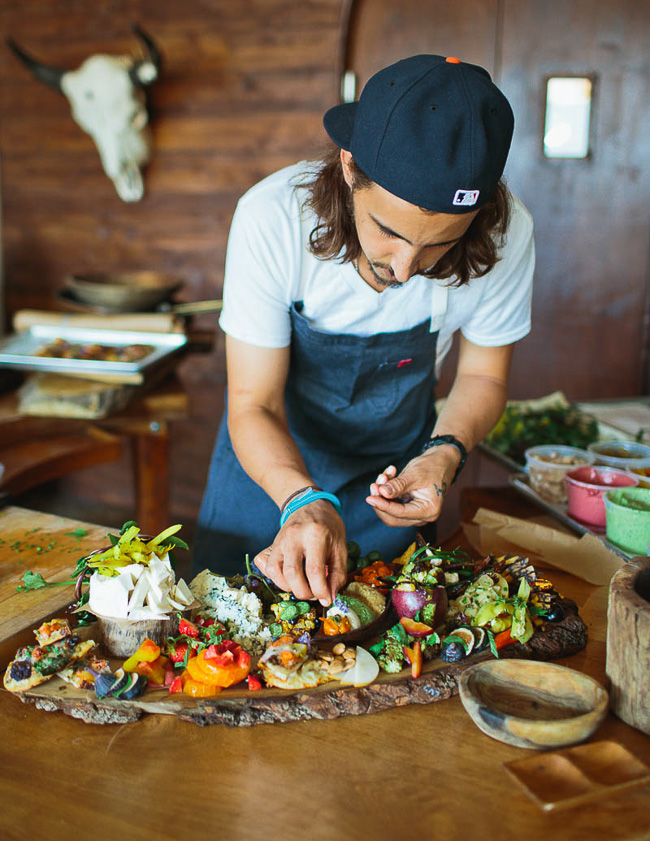 I think building crostini stations is a lot like making floral arrangements. Our Chef Matt approaches the scale and color of his ingredients in the same way that the best floral designers work with flowers. 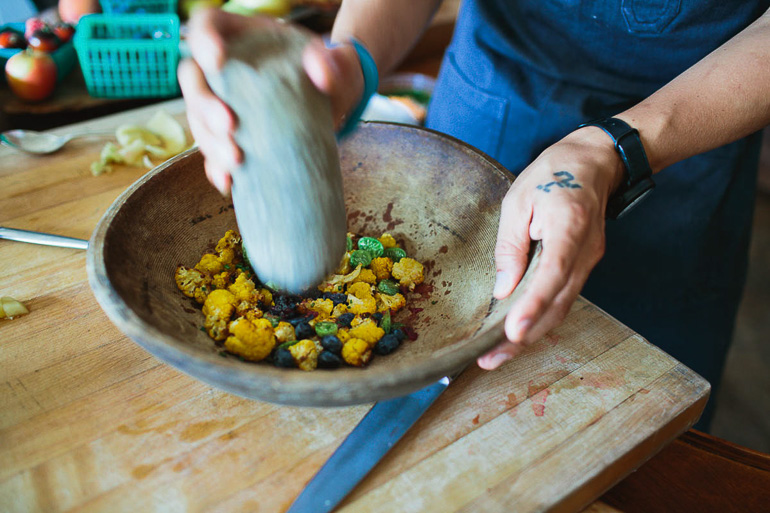 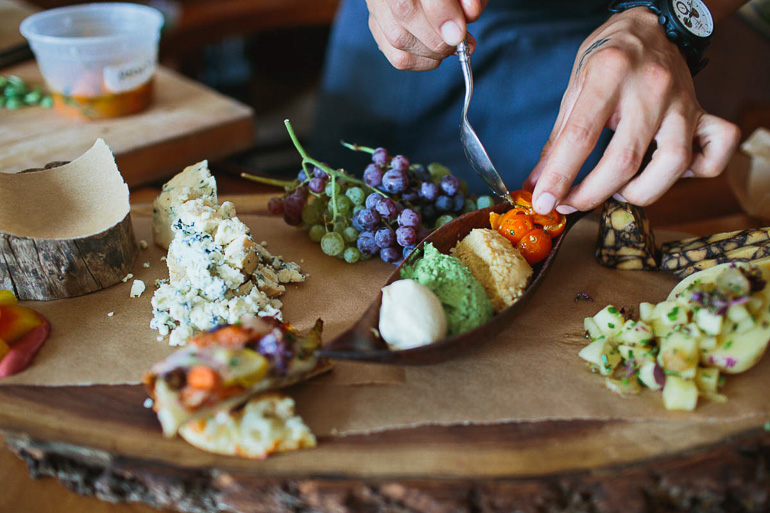 Chalkboard Magazine also did a feature on Crostini Stations here where we shared a recipe for an apple pear salad that can be substituted with other fruit in season and then used as a dip or a garnish. 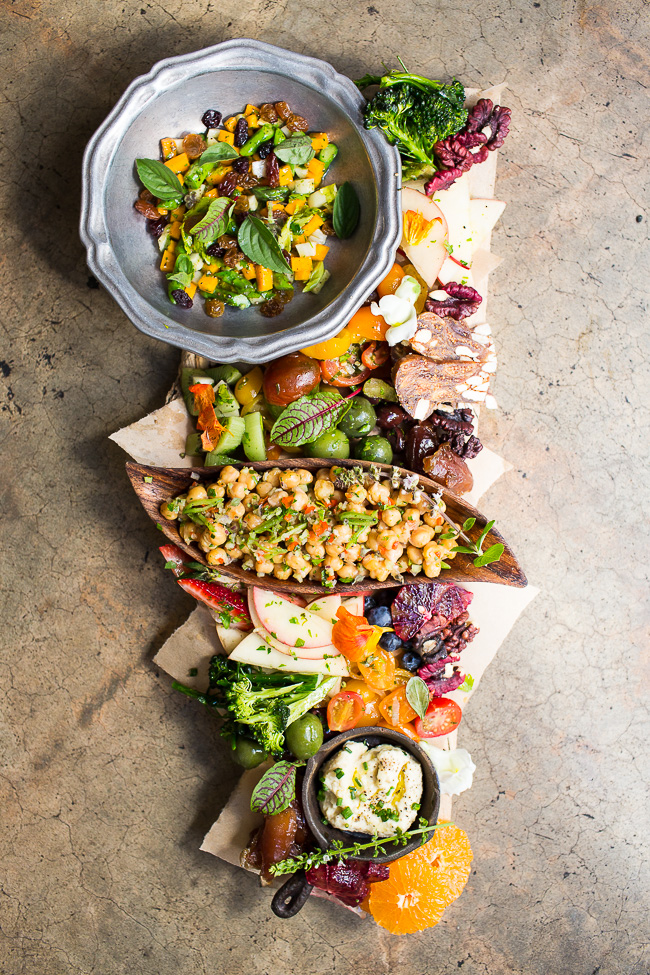 This one above is completely vegan! 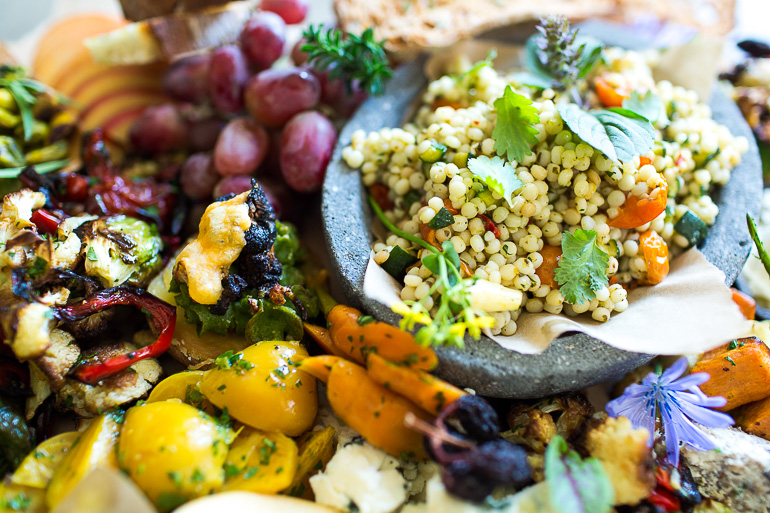 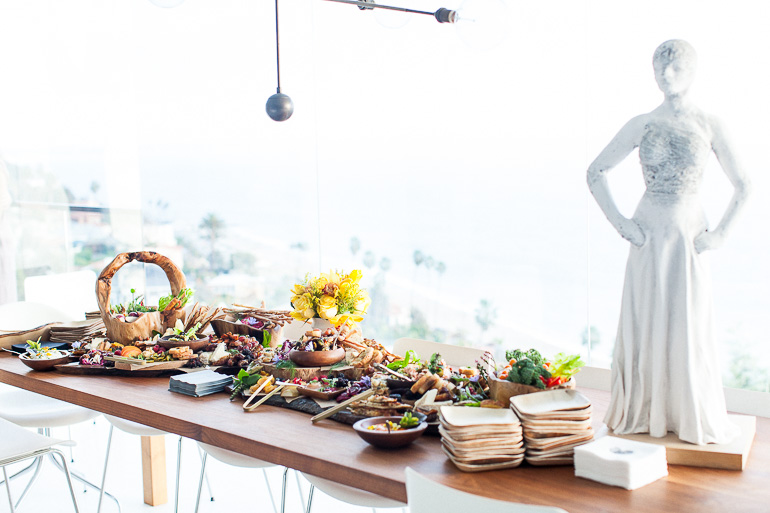 Here are some from events. Above is from a bridal shower, the sculpture was the bride’s! Below are from private celebrations in people’s homes. Crostini Stations make really great table buffets for guests to snack on while appetizers are being passed. They are gorgeous focal points and also there is some king of snack for everyone. Raw veggies, cured meats, pizza flatbreads, house-made crackers and breads, jams, seasonal fruits, I mean, something for all your finicky friends and family! 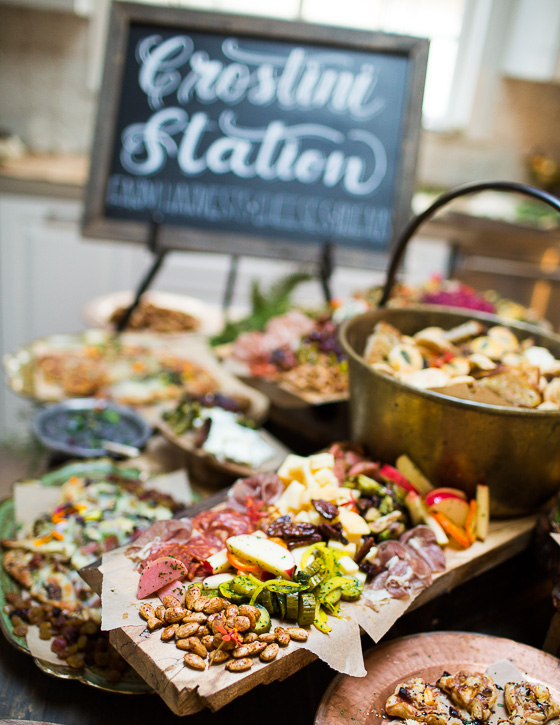 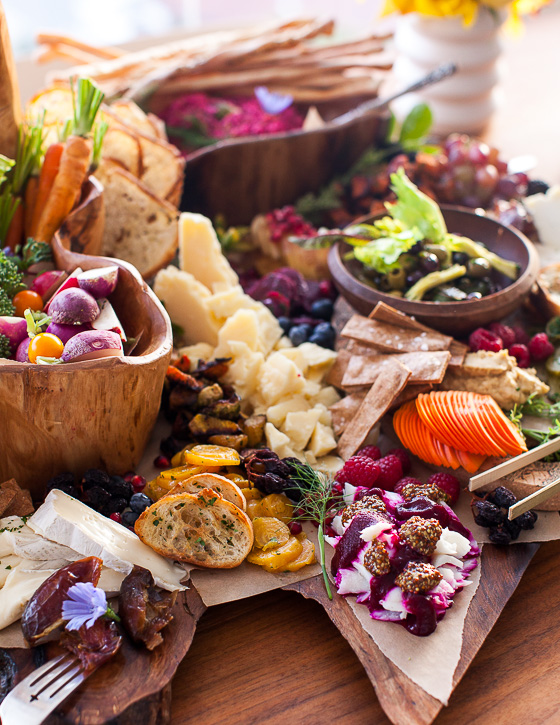 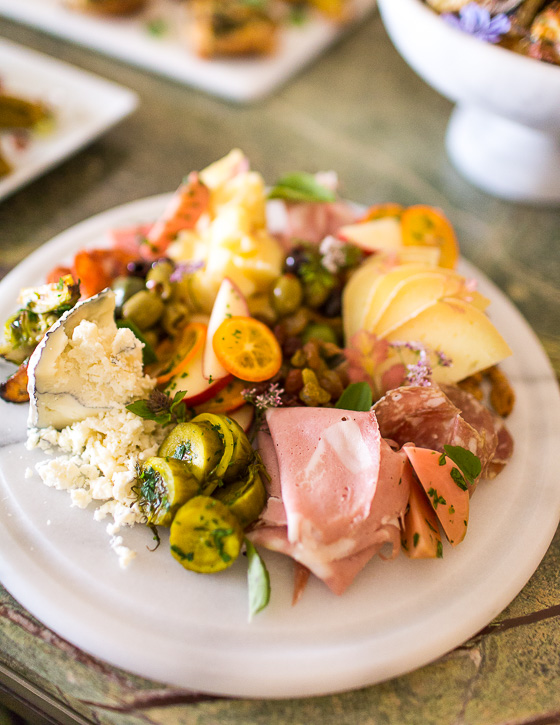 Just like floral arrangements, no two Crostini Stations are ever the exact same. We build them based on what the season provides as you can see here. Everything is hand cut so there are slight variations even if we are building the same platters on the same event. 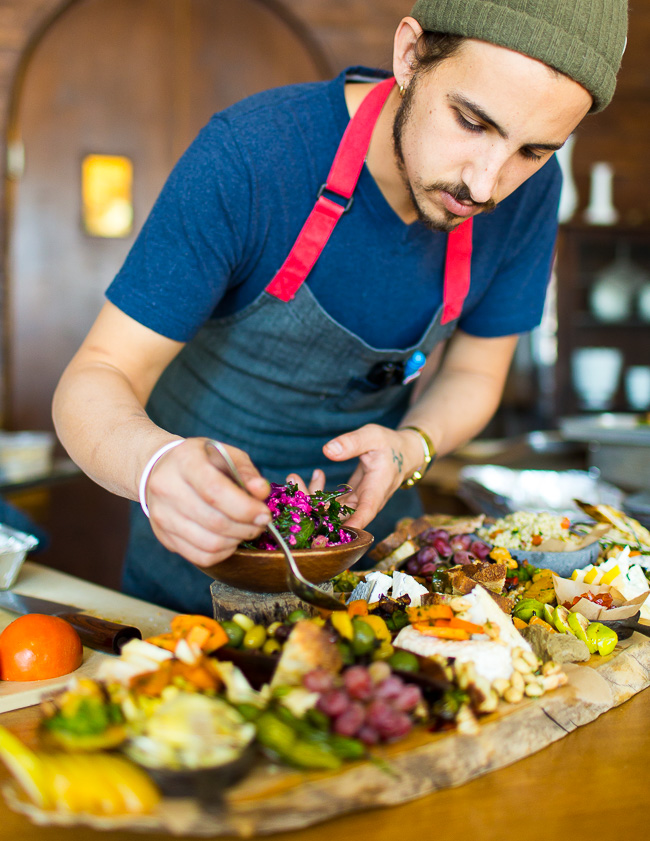 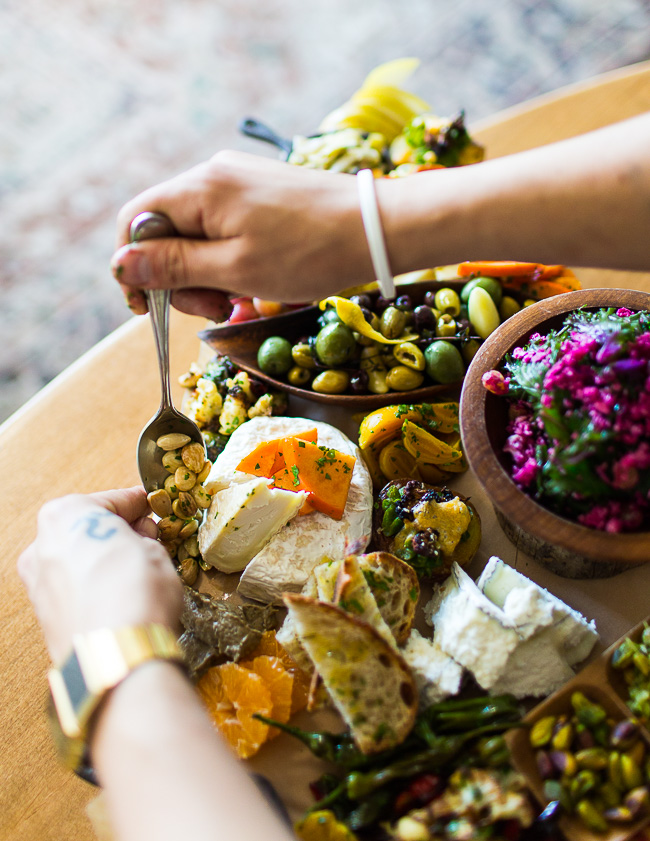 Giada Weekly also featured a Crostini Station, this one made in the winter. We shared a recipe there for Raw Beet Couscous, which is a delicious vegan, raw side or a great dip with a smelly cheese on grilled bread. That’s the fun of these platters is you get to build your own tartines however you like! 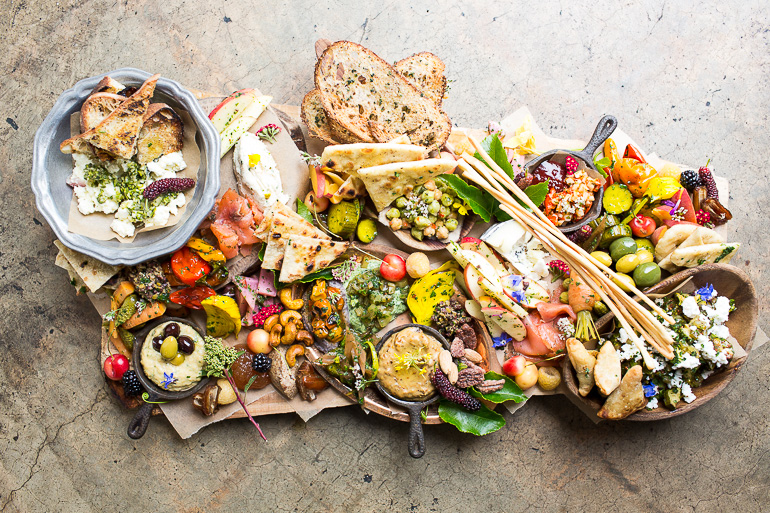 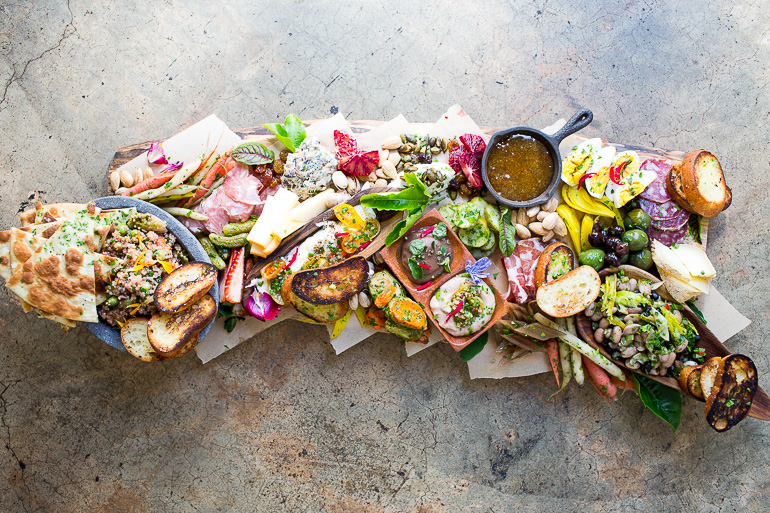 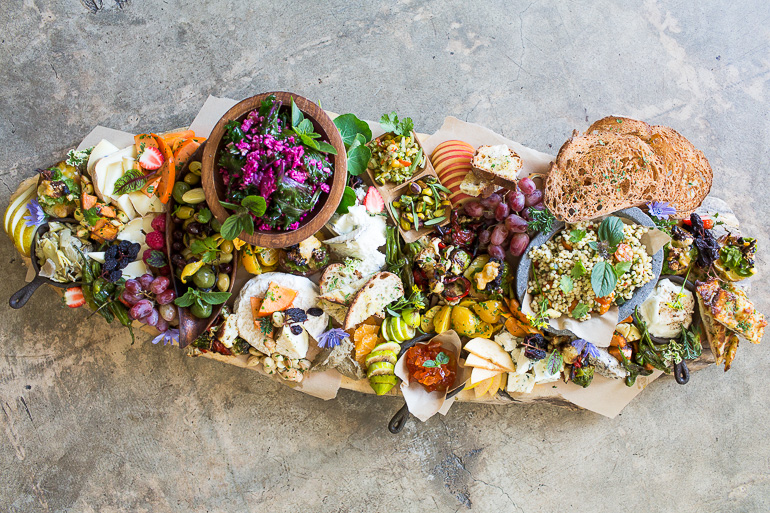 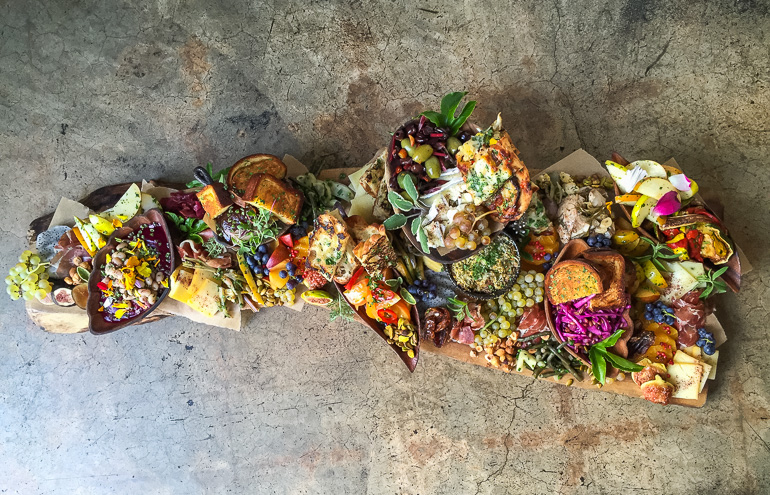