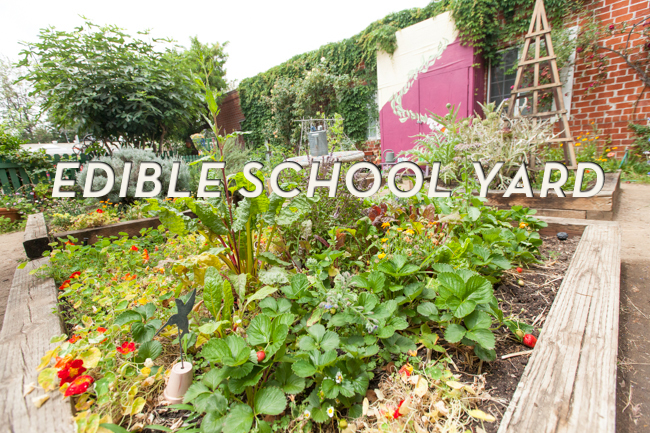 On our way over to The Hollygrove Campus of Larchmont Charter School, Matt, who had already sent out four drop-offs that morning, asked me, “Do they even have an oven?”

I admitted that I had no idea if the school we were visiting had any equipment at all. “This isn’t a catering,” I reasoned. “You’re just going to show the kids a thing a thing or two, you know?”

Of course as you may predict, it was the other way around. 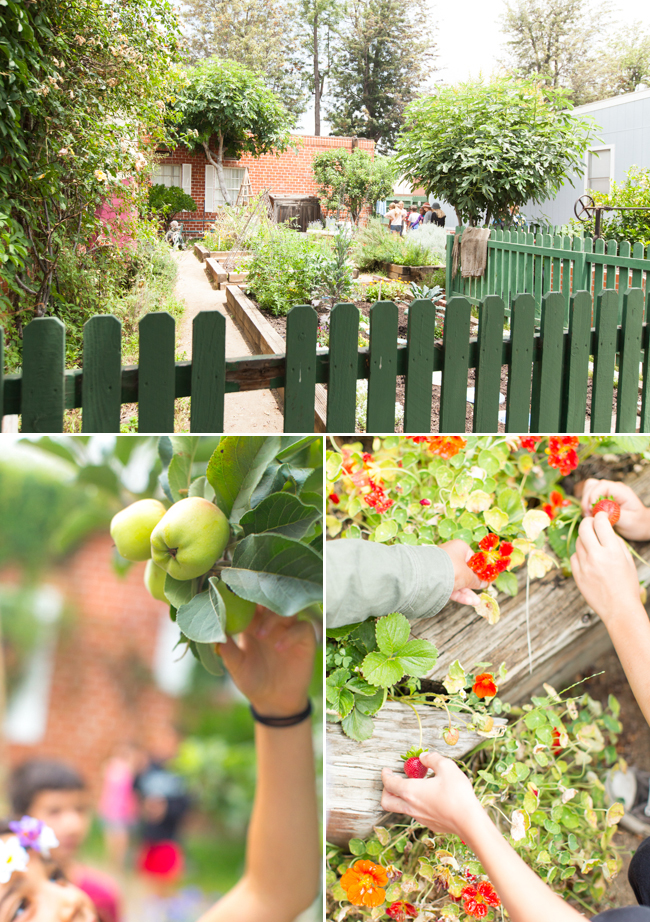 Upon arrival we were greeted by Julie Johnson, a parent volunteer and founding member of this Charter School. She helped with menu development for the lunch program and lesson plans for the garden classroom, and she oversees and participates in it’s maintenance as well. The success of this Edible School Yard, designed after Alice Water’s model, is completely dependent on the enthusiasm, commitment, and energy of it’s volunteers and parents. 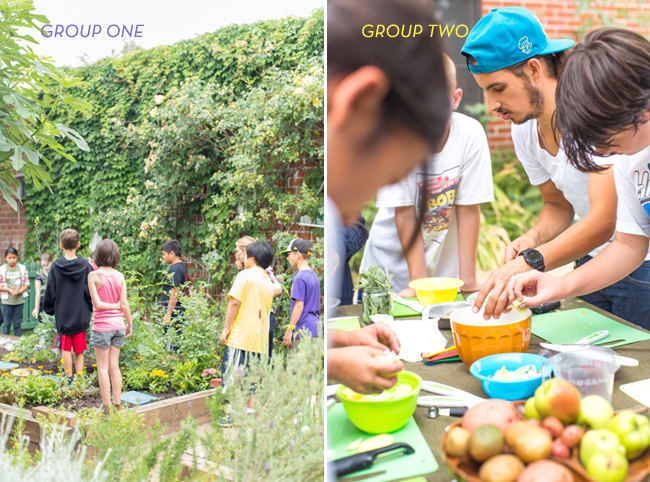 Once we were introduced to the first class, Julie took half the group into the garden to pick some basil and apples, and Matt was assigned to make a potato and apple gallette with the other half of the class. The potatoes were all irregularly sized and shaped which at farmer’s markets and big box grocery stores qualifies them as “seconds”, not pretty enough to sell and thus much go to waste due to the shortsightedness of most consumers. Matt began class hoping to teach these kids that these irregular potatoes were just as delicious despite how they looked and they shouldn’t be discarded. 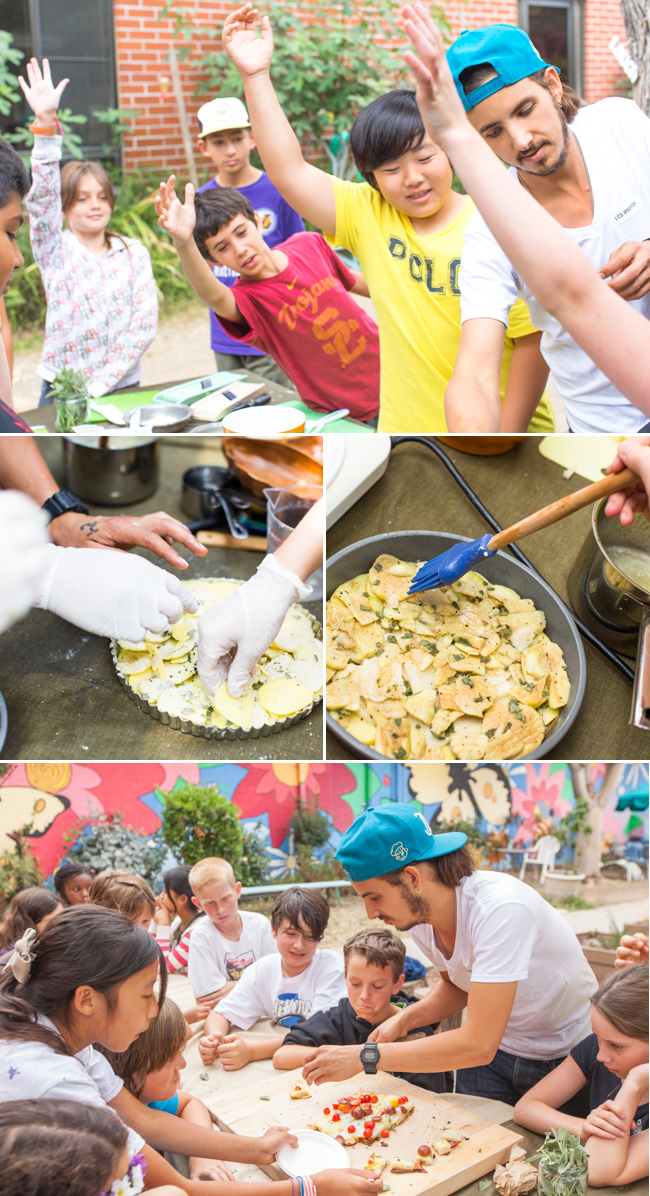 “Does anyone know what is different about these funny shaped potatoes?” he asked. The answer he wanted to convey was “nothing”, but the answer he got was, “They’re not genetically  modified!”

Dear Reader, these 5th graders are smarter than California voters who vetoed Proposition 37. 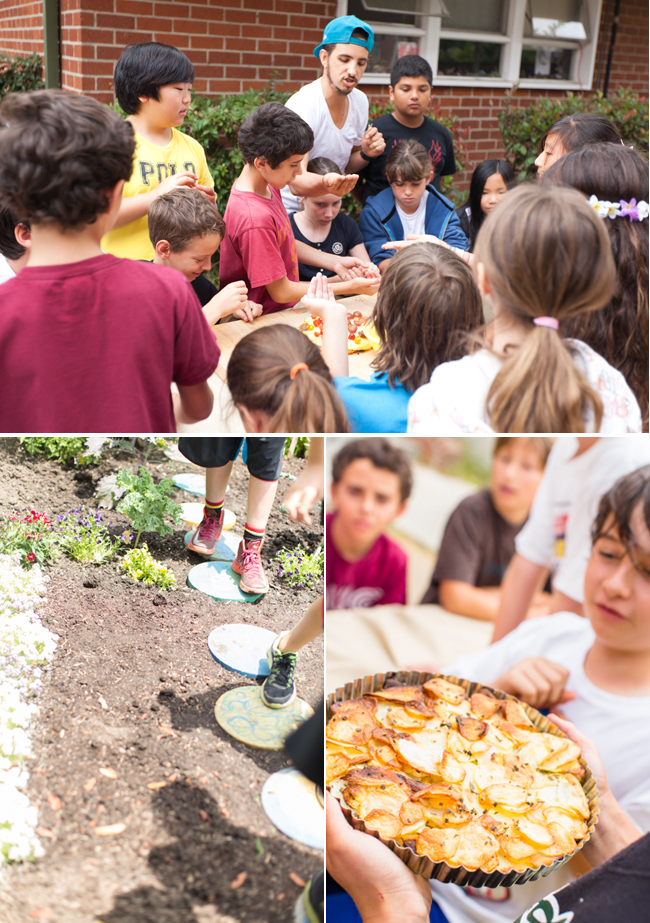 In the garden, students emptied peelings into the compost and pointed out to me their ollalieberry vine. “It’s a blackberry and a raspberry combined,” explained a little girl whose nails were painted in three different colors. I honestly had no idea what a compost was when I was her age, much less an ollalieberry.

There were so many lessons being incorporated in this class. Sharing, math, agriculture, patience, just to name a few things. The kids all kindly welcomed Matt and I, and we in turn were charmed by each one of them.

Who wouldn’t support such a beneficial program? Well our government for one. This Edible Schoolyard and others like it depend not only on community and parent volunteers but also on donations.

Our friend Roxana Jullapat, co-owner of Cook’s County and regular volunteer at Hollygrove, has asked all of her acclaimed pastry chef friends to donate their goods for a bake sale she has organized to be held at Hollywood Farmer’s Market this Sunday from 8-1. All profits will be handed over to the school so Julie can purchase a sink, drain and refrigerator for this Edible School Yard. 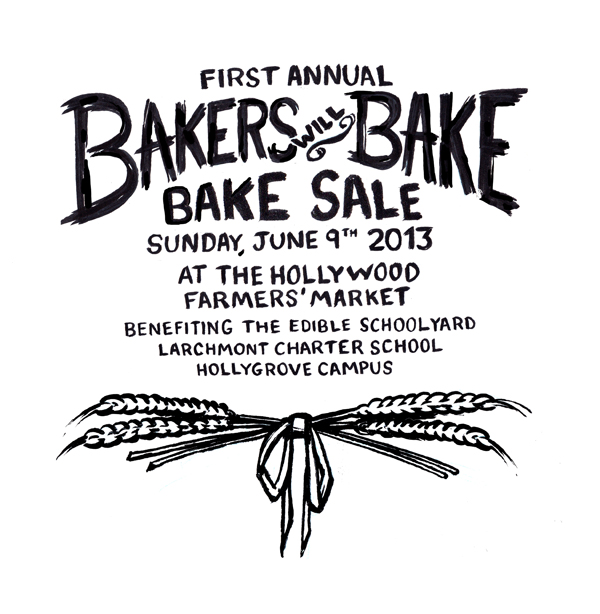 So you score big time, going to this bake sale. You’ve got over twenty of Los Angeles’ top pastry chefs all coming together in the flesh, in one place with their goodies, and everything you buy goes to keep this Edible Schoolyard running. Why on earth would you miss it?

If you don’t live in Los Angeles, please look to schools in your own community and ask what you can do. Our future depends on the confidence and intelligence and compassion of our children. Let’s all come together to support them.

One thought on “It Takes A Village”