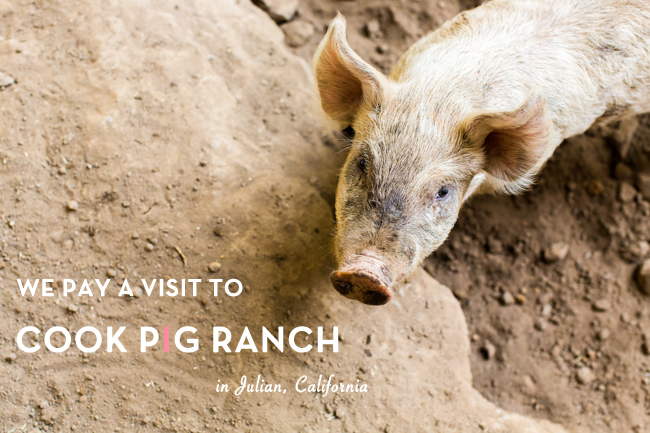 Driving up the curvy dirt road of Cook Pigs Ranch, we approached an orange cone that we had to skirt around before reaching the house of Krystina and Mike Cook who run this ranch in the hills of Julian, California. The most gigantic pig I had ever seen was laying beside it. 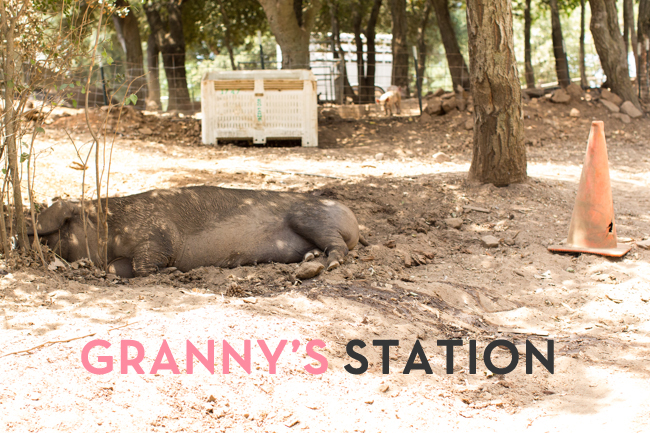 “Oh no, this one must’ve gotten out,” Matt said, but we learned that this pig, “Granny”, is the only pig allowed to roam anywhere  she wants because she never really walks more than 50 feet to get some water and eat a bunch of avocados. She is a 1,000 pound sow who did her time having lots of babies and then reached the point where she no longer could so Krystina and Mike have “retired” her and basically just let her live out her life blocking their driveway…. hence the orange cone. 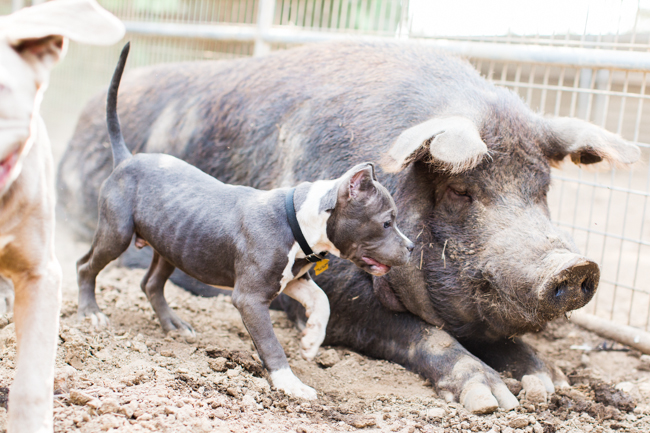 A big part of the heart of Cook Pig’s Ranch is the role of each one of their four rescue dogs. This pup, Apollo, had just been scooped up from a very bad situation and nursed back to health so that now he believes he is a pig, and this great boar, “Bert”, seemed to believe it also. Bert, a breeder pig, is isolated in a pen by himself because he is not friendly…. at all. 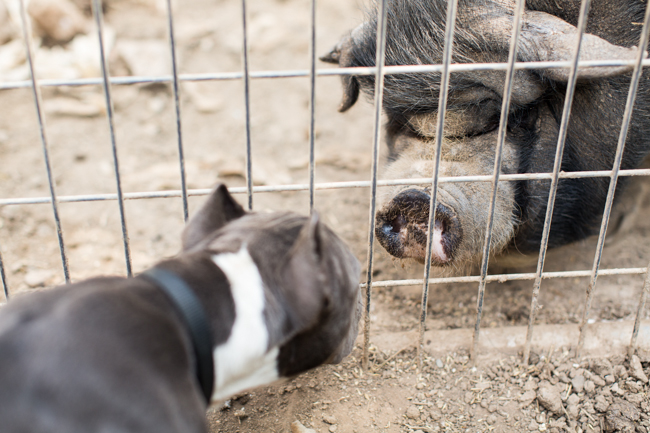 This Kune Kune pig, “Belle” had been very attached to her sister who died which made her very mean to other pigs so she needed to be separated. Apollo cautiously says hello to her here. She has sense been socialized with other girls. 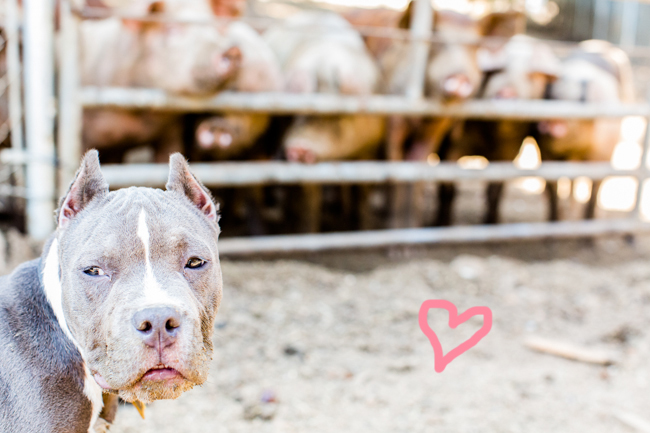 Apollo kept me company as I walked around this 15 acre ranch. I learned that across the board, males, called “boars”, were not as affectionate or social as female “sows” who liked to clamor together and hang out, sort of like humans. 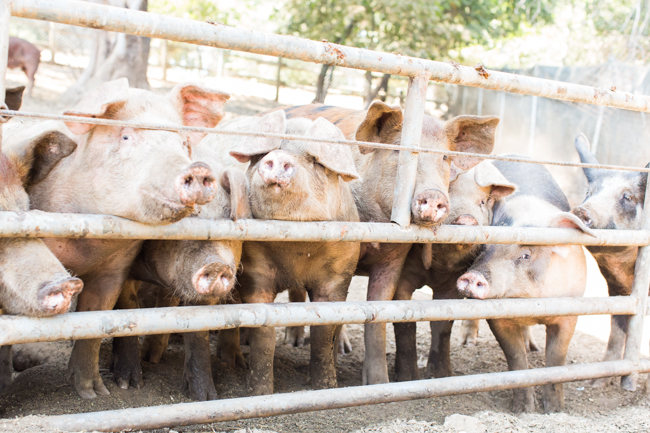 These sows were just as curious by me as I was with them. Once I got in real close, they were very interested in my belt which probably smelled like something they could eat. 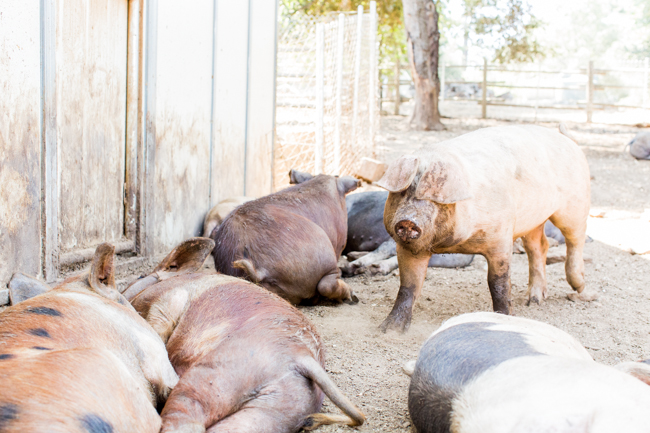 I was struck by how there was plenty of space for these sows to stretch out on their own, but they preferred to nuzzle with one another. The one above there walking was on her way to squeeze herself between these three in the forefront. 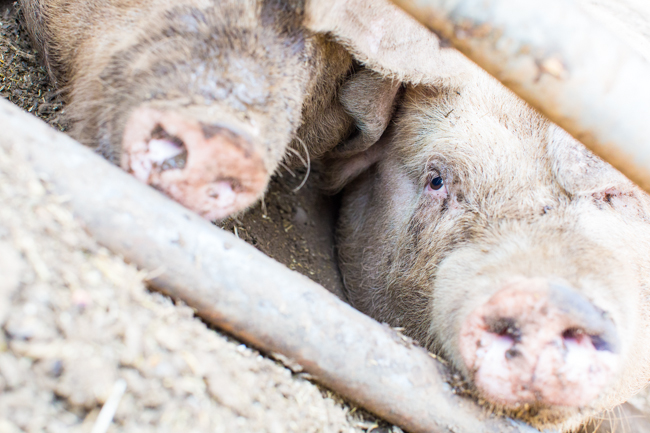 Once they realized that I had no food to offer them, we all just faced one another and enjoyed the nice weather because that’s what these pigs get to do, enjoy their days. 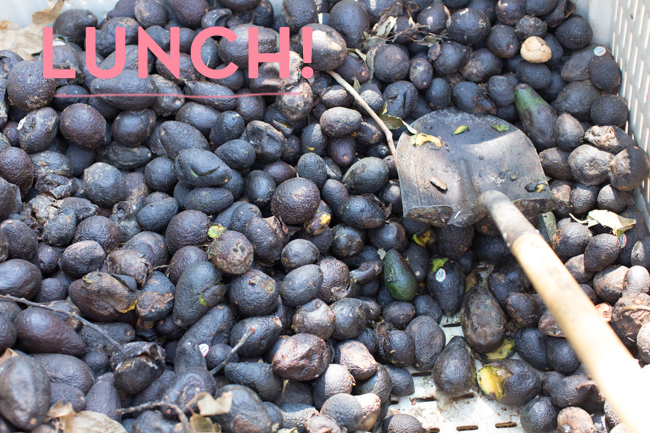 The pigs on this ranch get a steady supply of smashed avocados from farms in Fallbrook. Additionally Krystina and Mike receive the cut out scraps from a tortilla factory and apples (fresh, pressed, and the mush from pressing) and macadamia nuts, acorns, oh…. and apple pie. Yes, apple pie. Have you ever been to the old mining town of Julian? It’s famous for it’s apple pies, but the ones that get burned or aren’t as pretty as they should be, those can’t be sold so they get discarded…. into these pigs bellies. 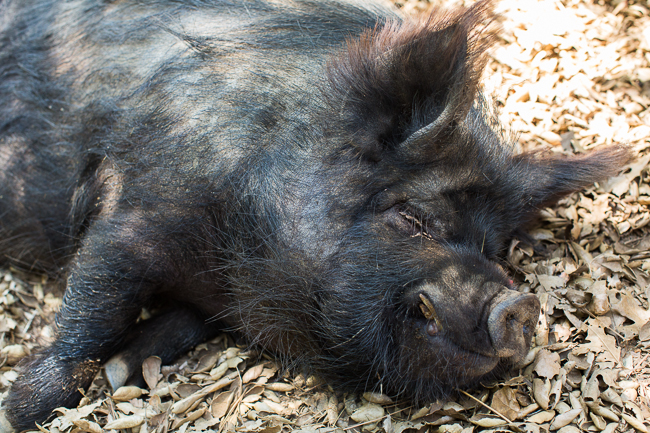 This is a happy guy. 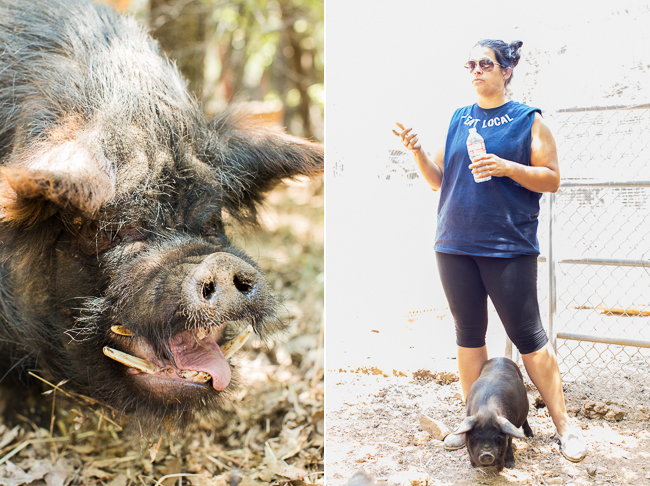 Oh look at those tusks! This boar was intimidating to be near at first but he turned out to be as friendly as the others we had been petting. That’s Krystina Cook on the right there who takes great pride in the local industry of Julian, just as her shirt says. 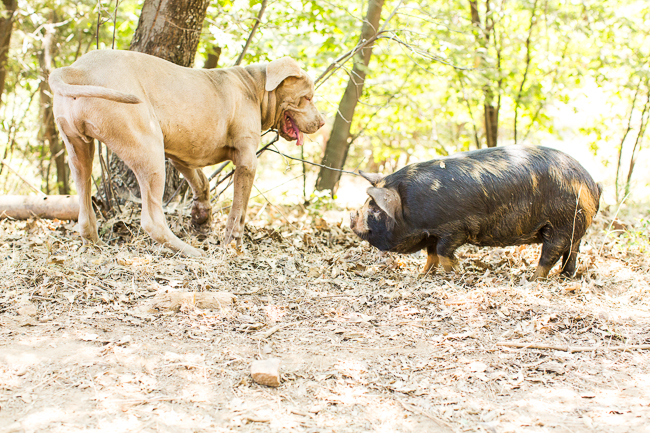 Here is Oscar letting this Kune Kune know that he is in charge. Oscar is the only dog who is allowed in the pig pens because he has a natural instinct of dominance and herding over them. He will gently place his paw on their back for instance to keep them in a particular area. When I was on the ground taking their photo, he was very concerned to keep them at a safe distance from me. 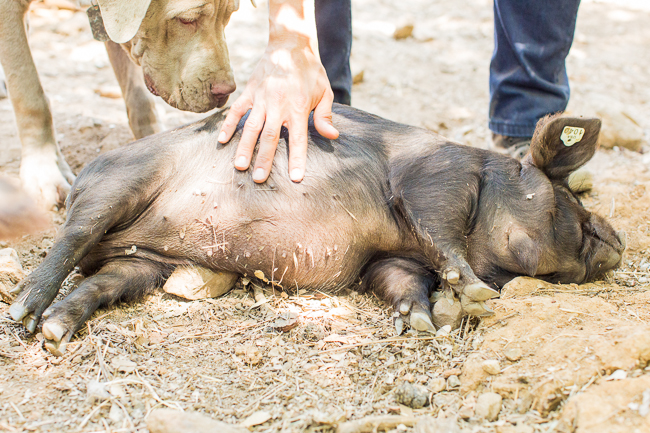 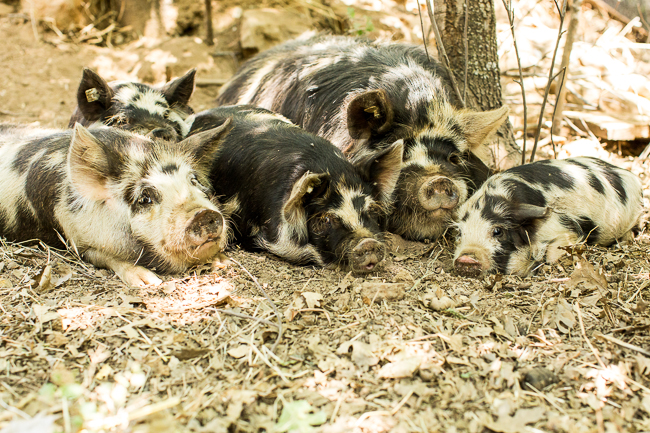 See what I mean about how pigs naturally like to cuddle? How lucky that these pigs get to on this small family ranch. Industrial agriculture aggressively and cruelly prevents any type of socialization. 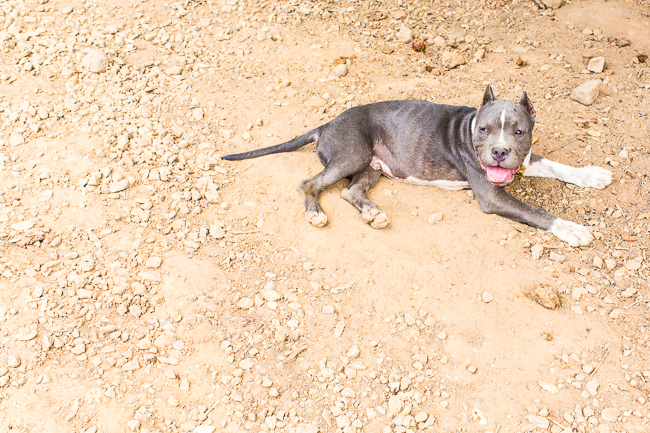 Hey Apollo, come with me over to the maternity ward… 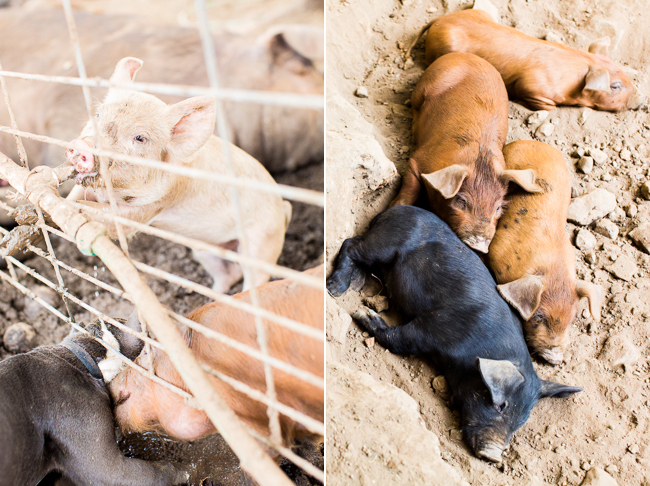 These babes have filtered water available to them all the time which creates little mud baths for them to roll around in and cool off. Apollo has submerged his head and part of his body into this mud bath here while the piggy takes some nibbles, always in search of food. Apollo clearly enjoys it. This went on for a good 10 minutes until I finally pulled my buddy Apollo away.


Sadly, these photos are not representative of how pork is produced in our country. Little babes at this ranch are allowed to suckle for a good four months having plenty of room to roam around and play until they are moved to another large pen, as opposed to the cruel practices of gestation crates (see this video). Unlike industrial agriculture where I would absolutely be forbidden to enter with my camera, everything at this ranch is transparent, and public tours are even offered. These pigs are not stressed, they are not crowded and they are not fed GMO feed or hormones to fatten them up quickly. They have lots of room and socialization with one another as they are raised with respect.

If the humanity of this ranch is not something that moves you, the taste of the exceptional pork coming from here surely should. Would you like to try? Better yet, would you like to try at our place with Krystina and Mike at the table along with other luminaries for a discussion on what they do? This Friday come join us, information here.

Let’s all make a difference by supporting small, humane and sustainable farms and ranches. If not for the humanity, or for your health, then at least for our planet. Industrializing our food system is not sustainable.

Keep yourself informed, every dollar you spend on food is a political statement.

One thought on “Cook Pigs Ranch”