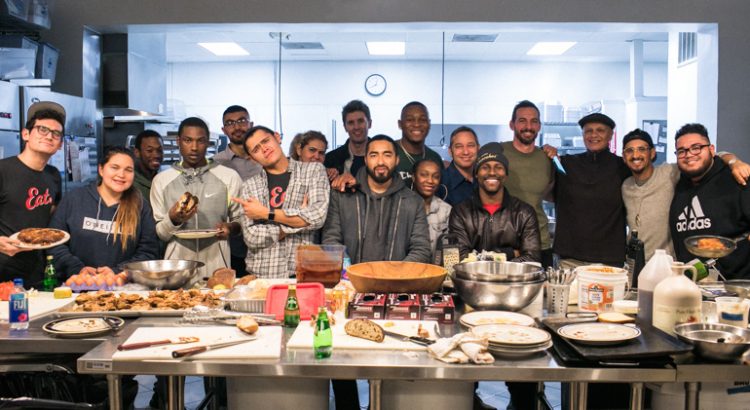 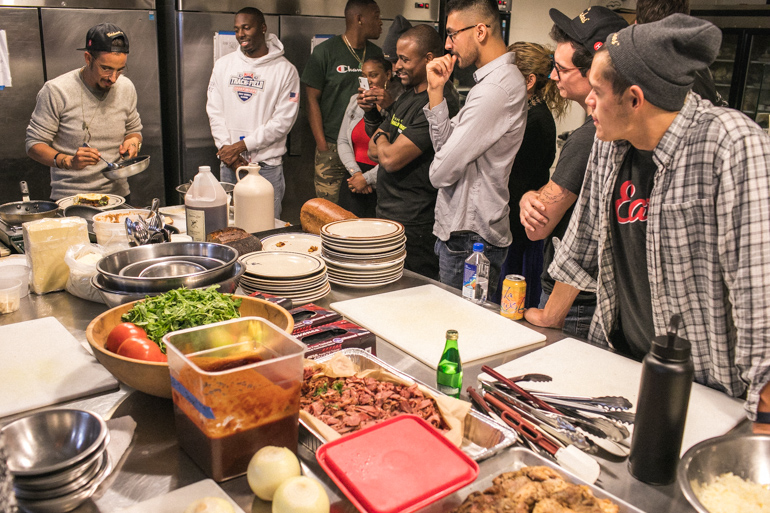 Another My Brother’s Kitchen! This time making some BIG sandwiches with cheese crust. 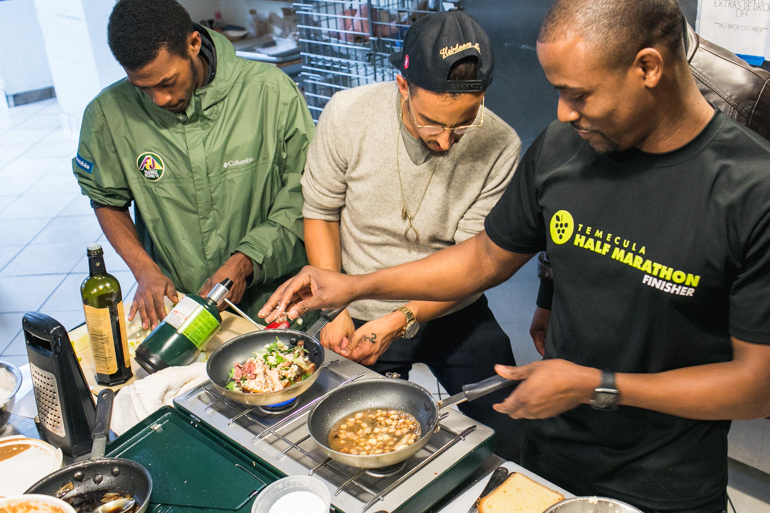 Each sandwich had it’s own goodies inside, anything from chicken salad to slow cooked short ribs and cole slaw smashed together in between delicious Bubs and Grandma’s bread. 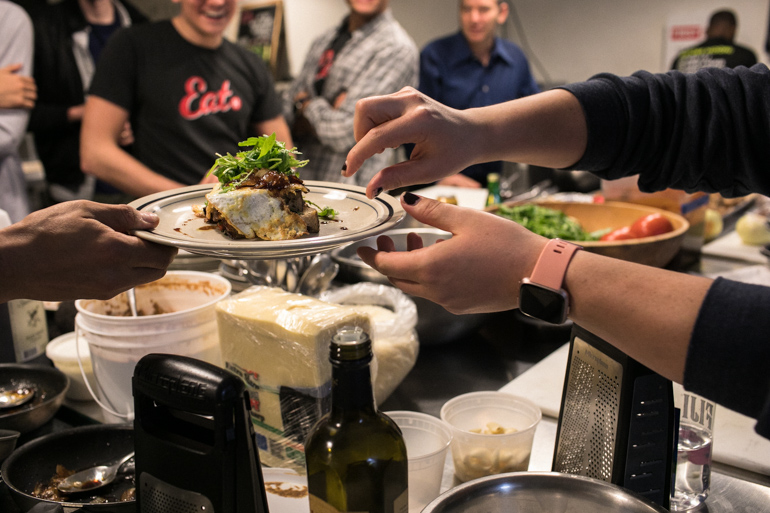 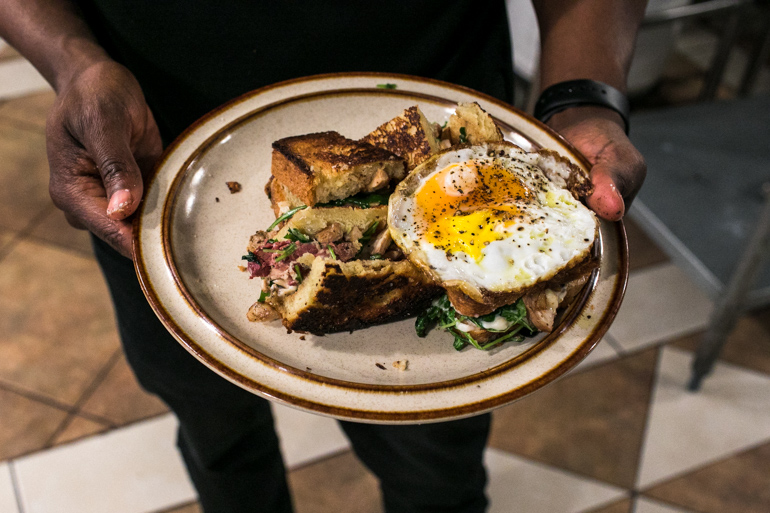 Matt wanted to show these young adults how to make a cheese crust. Here it is: 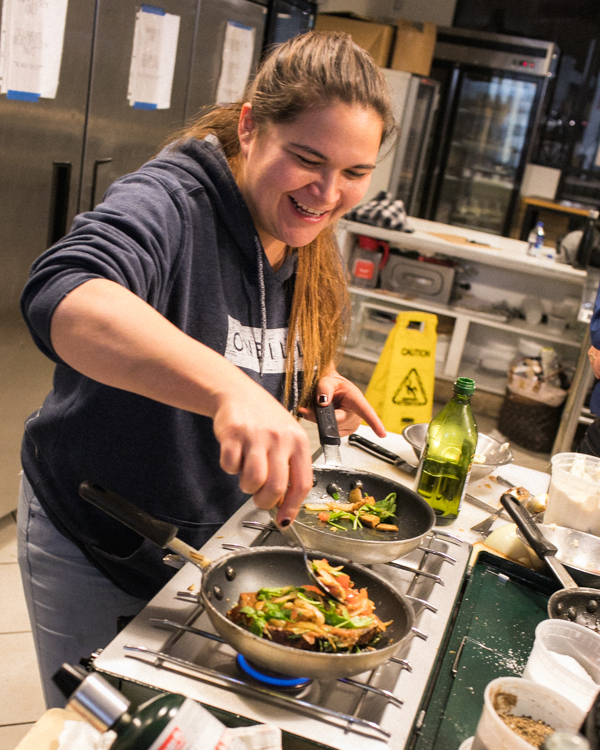 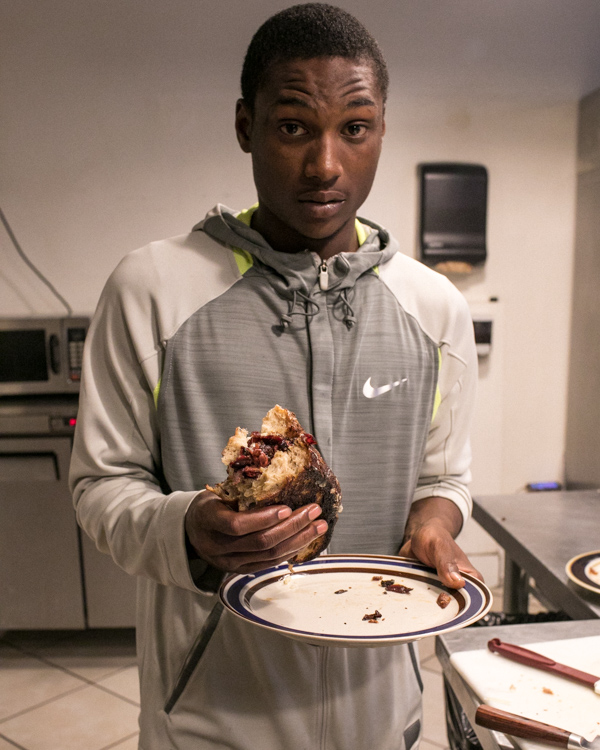 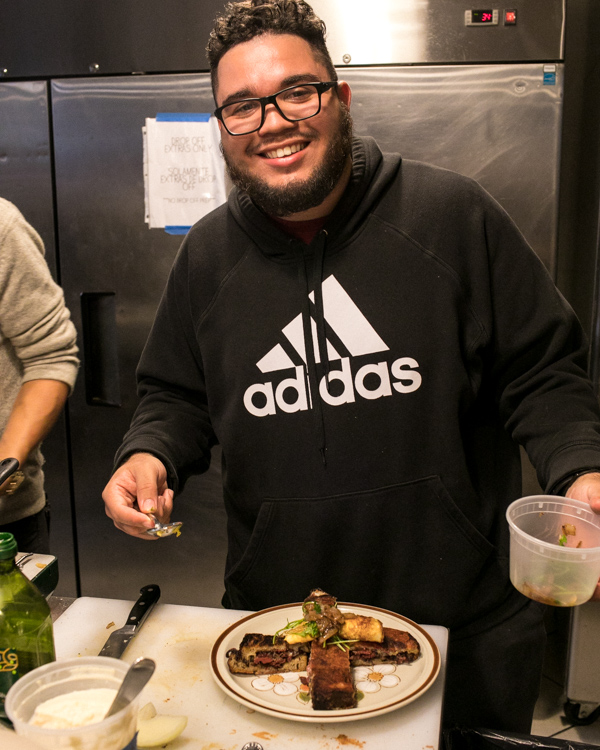 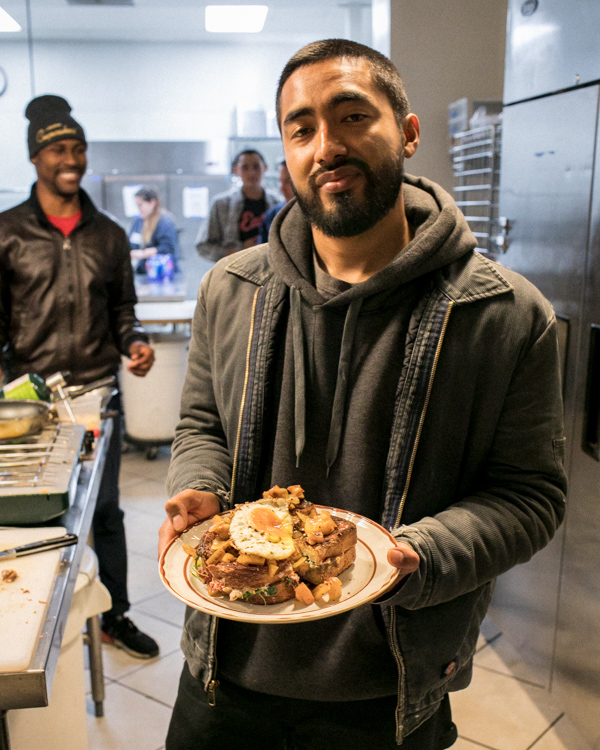 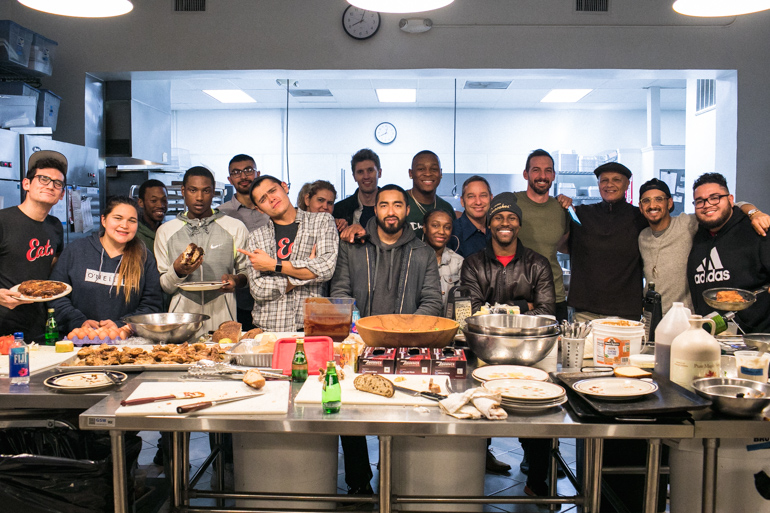