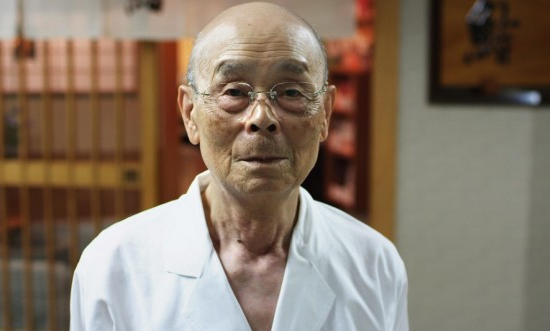 There has been a collective sigh of reverence within the food community and beyond at the mention of David Galeb’s Jiro Dreams Of Sushi which Matt and I admittedly could not relate to as we had yet to see the documentary nearly a year after it’s release. Blasphemy.

However after our indulgent sushi dining experience last week at Los Angeles’ only two Michelin star restaurant Urasawa, we could be left in the dark no longer.

We too now, Matt and I, sigh in reverence at the mention of Jiro Ono, the 85-year-old Japanese chef who is considered by many to be the greatest sushi chef in the world and his restaurant, a modest space in a subway station, was consequently awarded three Michelin stars. The film itself provoked in me two looming reactions:

1. Must book a trip to Japan and high tail it to that subway station as soon as possible (FYI reservations can take up to a year).

2. Must work to possess without prompts (no post-it notes on bathroom mirror or elsewhere) the five attributes of a great chef as prescribed in the film by the food critic Masuhiro Yamamoto. They are as follows:

I feel the above attributes just may apply to most careers one wishes to excel at in general, and now, excuse me, my breath is short and my mouth is salivating. I must go find some sushi.