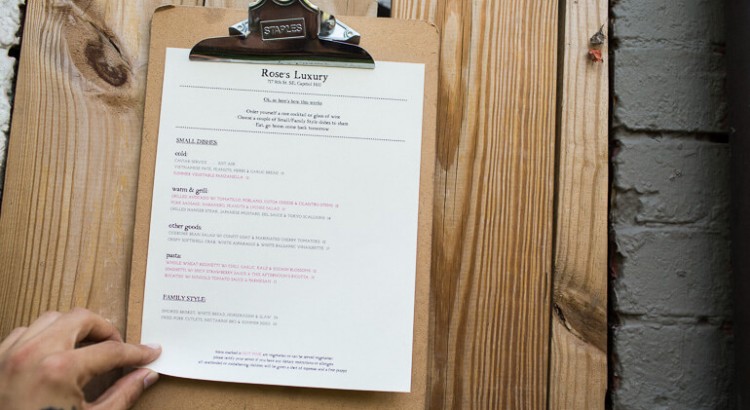 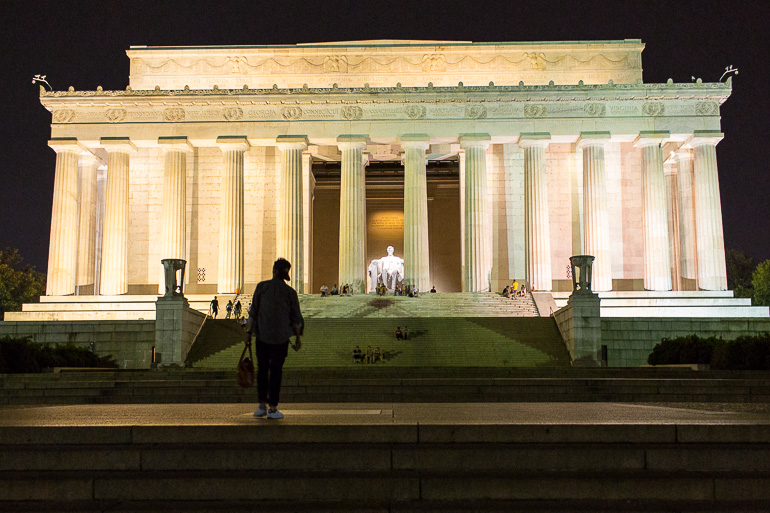 This week found Matt and I in Washington DC for a short stint to show face for a federal trademark appeal of our Lasagna Cupcakes™ (that little trademark holds so much weight, it’s crazy, and I can’t wait to explain more once the case is over so you know the deal if you should ever think of anything creative to market for yourself). We flew in on Monday night which proved to be a quiet time with most restaurants closed. We were able to grab a couple of cocktails and some Beef Fat Fries at  The Partisan  but felt the pinch of the staff wanting to leave so we tried our luck at Mockingbird Hill where the congenial bartender cut us up a meat and cheese platter, explaining that this was a bar specializing in sherry as he poured us two glasses on the house. It was the perfect way to end the night. 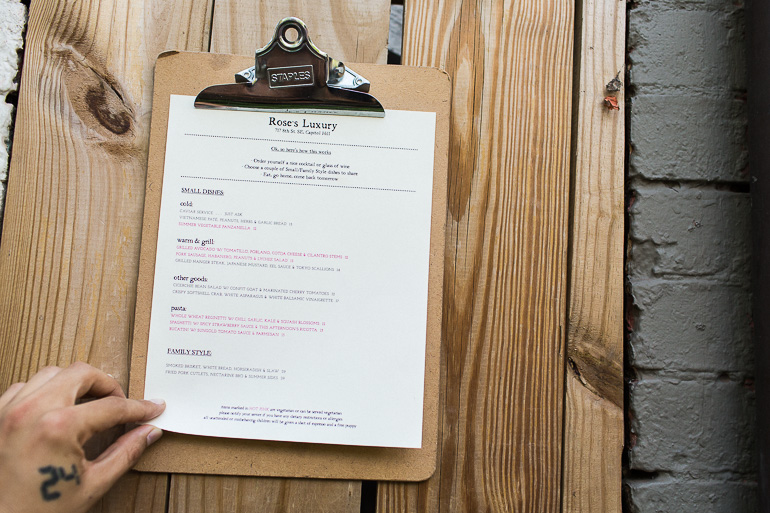 The next day, after our trial was over, we sought out eateries that were outside the typical, old-school steak houses that our nation’s capitol is known for. Again, most places were closed (something about being August and Congress out of session) so we hit a lot of road blocks. DC, you are forgiven, for it was Rose’s Luxury that we were most anxious for. Anointed Best Restaurant 2014 by Bon Appetit and adamantly opposed to taking reservations, we made sure to secure seats by standing in line for an hour. We weren’t alone, and we weren’t first, just so you know. Once the clock struck 5, opening time, we requested the chef’s table which basically is a bar along the kitchen line, and hosts a perfect view of all the action. Always request the chef’s table if you want to see the show. 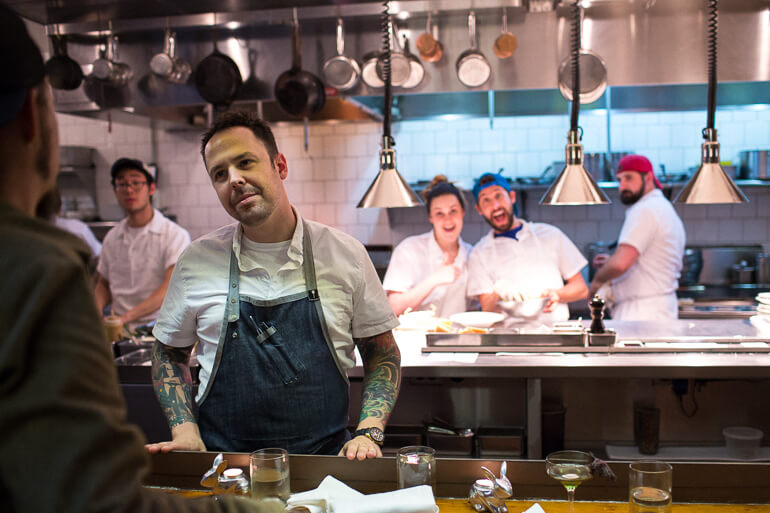 The menu is small here so we ordered everything from grilled avocado to pork sausage and lychee salad to smoked brisket, all of which are served on mismatched floral china. The cocktails were a delightful surprise and so was the fact that half the downstairs was empty with a bunch of guys in suits and earphones standing around. Turns out it was President Obama’s birthday, and he and some guests were about to arrive. We just missed them, which was disappointing because with the confidence of a few cocktails, we likely would have asked him to put in the good word for our trademark! Thanks DC, we had ourselves a strappingly good time.